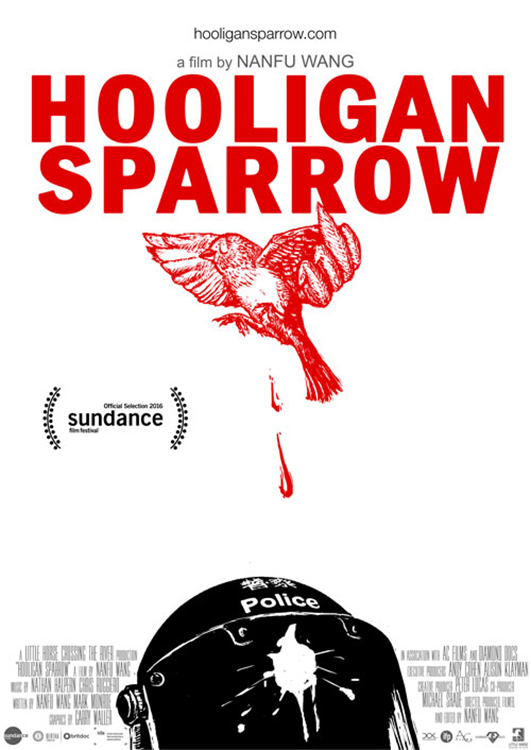 Ye Haiyan (a.k.a Hooligan Sparrow) is labeled a troublemaker by the Chinese government – someone who embarrasses the state with, for example, public protests involving the civil rights of sex workers. In this tense documentary, she travels to Hainan Province to protest a case in which the sexual mistreatment of elementary-age school girls by their principal has gone unprosecuted. As slow as the totalitarian regime may be to punish state officals, it's much quicker to intimidate, harass, and threaten with prison those who question it. Will Sparrow survive her latest battle? And will equally fearless filmmaker Nanfu Wang also disappear into the mouth of the dragon?

"A whistleblowing documentary made with fearless guerrilla cunning."

"One of the year's best films."