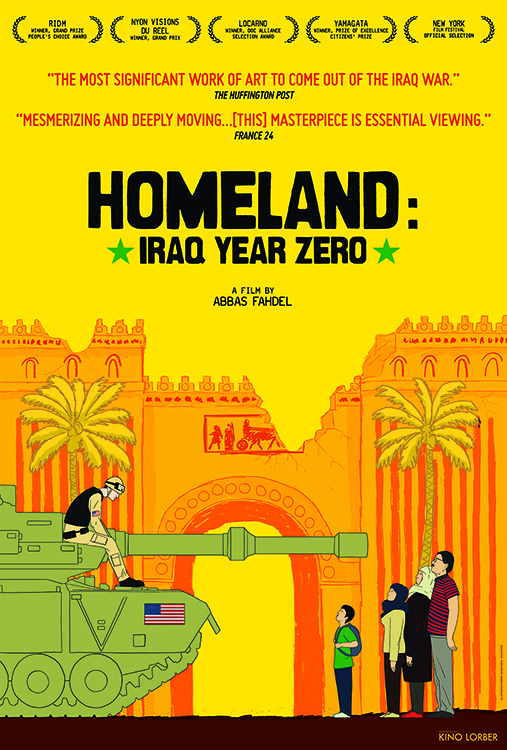 In February 2002 - about a year before the U.S. invasion - Iraqi filmmaker Abbas Fahdel traveled home from France to capture everyday life as his country prepared for war. He concentrated on family and friends, including his 12-year-old nephew, Haider, as they went about their daily lives, which had come to include planning for shortages of food, water and power. No strangers to war, the Iraqis thought they understood what was coming, and could even manage to be grimly humorous about what they felt would likely be a major and lengthy inconvenience. And then, the war began.

When Fahdel resumed filming in 2003, two weeks after the invasion, daily activities have come to a near standstill, the city is overrun with foreign soldiers, and many areas of Baghdad had been closed off to ordinary citizens. Iraqis endure, seemingly as unwitting as Americans themselves about what further tragedy awaits. Fahdel's epic yet intimate film paints a compelling portrait of people struggling to survive while their civilization, dating back to ancient times, is destroyed around them.

“...this transformative verite glimpse into the lives of everyday Iraqis demands both patience and empathy to sit through, but the reward is worth every second.”

"A mesmerizing and deeply moving portrayal of the Iraq War as seen by Iraqis, Abbas Fahdel’s six-hour masterpiece is essential viewing for anyone hoping to understand the devastating implications of the US-led invasion."

- Melissa Anderson: 19 Best Movies of 2015 (as published by The Village Voice)
Crew
Directed by Abbas Fahdel