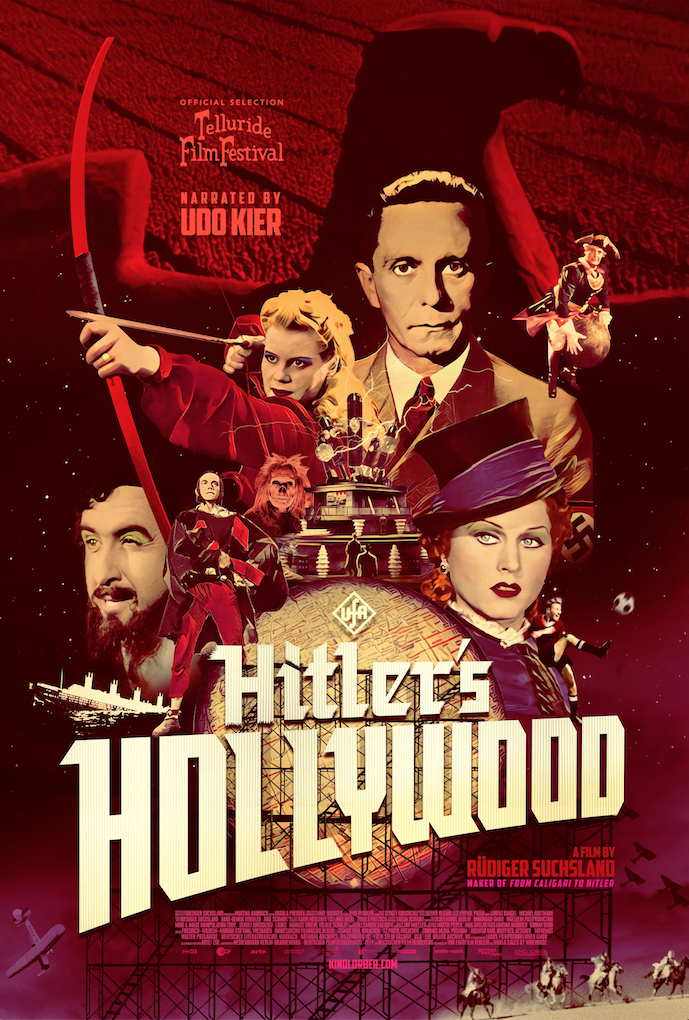 Filmmaker Rüdiger Suchsland suggests that the Third Reich was essentially an immersive movie starring the German nation, produced and directed by Propaganda Minister Joseph Goebbels. HITLER’S HOLLYWOOD collages key films from the more than 1000 features the Nazis produced from 1933-1945: musicals, melodramas, romances, costume dramas, war films – and when the real war got tough, insanely lavish, over-the-top fantasies. The German volk were portrayed as happy and sporty with lives of exaggerated cheerfulness or, conversely, full of morbid yearning for a death that would serve the Fatherland. Hannah Arendt gives perspective and context: “One of the chief characteristics of modern masses… (is) they do not trust their eyes and ears, but only their imaginations.