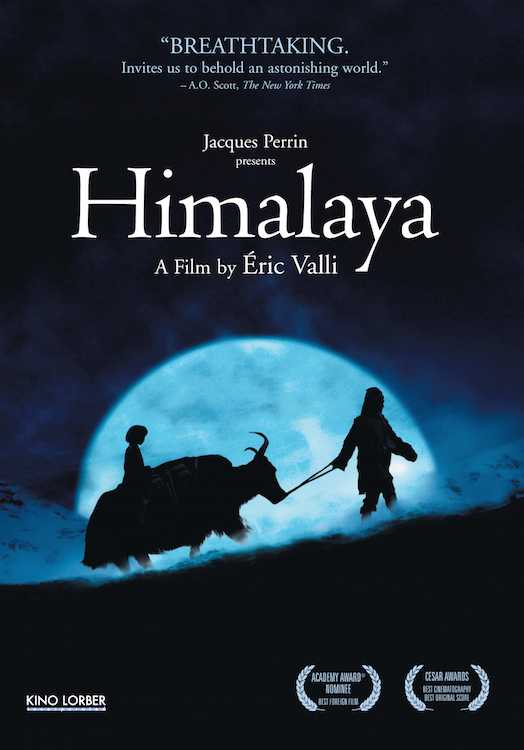 Filmed over seven months in the forbidden Dolpo region of Nepal, HIMALAYA tells the story of a generational struggle for the leadership of a tiny mountain village between its proud old chief and a headstrong young caravanner. The balance of power shifts uneasily as they make their annual salt trek across the Himalayas.

A visually striking and spiritually captivating portrait of life in one of the world's most extraordinary places, HIMALAYA is both intense drama and a gorgeous tapestry of the fast disappearing traditions of Tibetan life.

A huge box office hit in Europe, HIMALAYA also enjoyed great popular success in the U.S., where it remained on the Variety top film box office chart for over six months.

"Visually and audibly, the Blu-ray is top notch. The transfer looks crisp and is full of the life that each and every fully fleshed out characters themselves embody...Toss in a commentary that is both entertaining and insightful and then a lengthy and dense making of documentary, and you have a release that not only marks this masterpiece's debut on Blu-ray, but also one of the best Blu-ray releases in a few months." - CriterionCast