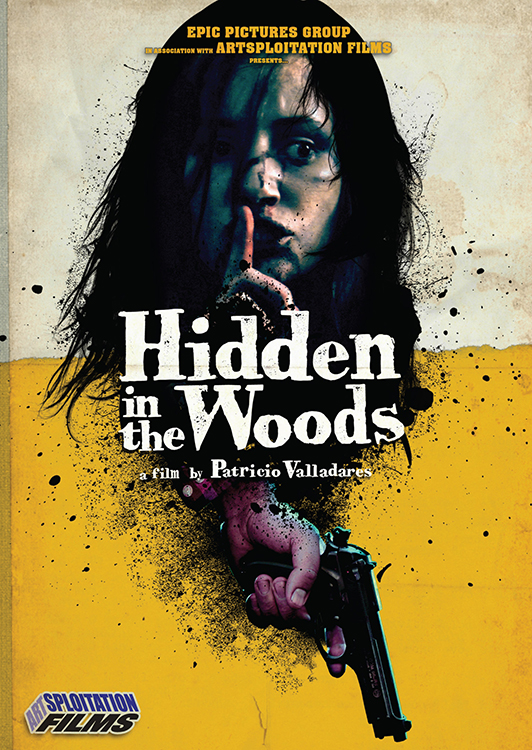 Hidden in the Woods

Deep in the Chilean countryside, Ana and Amy live with their deformed brother and are subject to their father's perverse and sadistic whims. After a dispute with the police leaves a wake of death and mutilation, they flee and find refuge in a remote cabin hidden from society. Meanwhile, a crime lord, convinced they have stolen the massive stash of drugs their father was hiding, sends a violent pack of thugs to find them. Based on a bizarre true story and not for the faint of heart, HIDDEN IN THE WOODS (currently being remade for U.S. audiences) features extreme violence, prostitution, sexual assault, buckets of blood and even cannibalism.

"This may be one of the best this year. If you look past the blood, gore, and stuff that can at times be very hard to watch, you have a very eerie tale that would interest most people who love film. Yes, it is a horror film, but due to the nature of the content I feel it goes above even that." - HorrorBid.com

"Bound to be one of the year's most divisive releases, this one proves that there's still plenty of shock value left in cinema, often originating where you least expect it." - MondoDigital.com

"A relentlessly rough, misogynistic and amoral story of brutality and survival, the film sticks its unsanitary hooks in early, but despite its repellent tone and exploitative content, refuses to be easily dismissed." - TwitchFilm.com