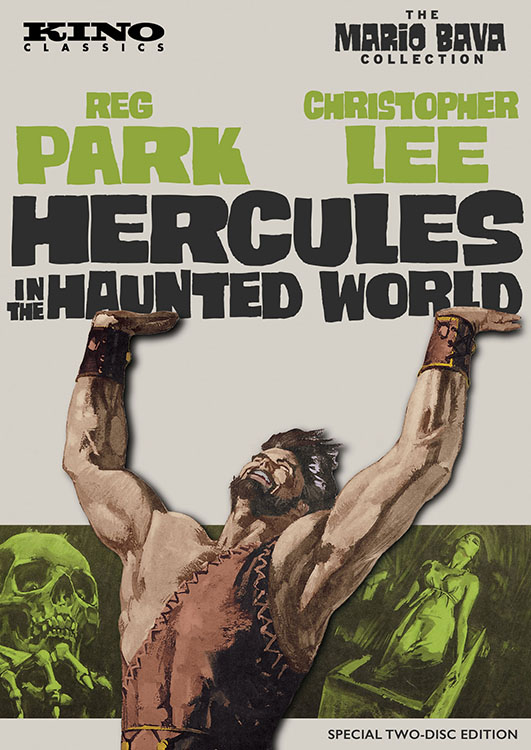 Hercules in the Haunted World

Immediately following the success of Black Sunday, Mario Bava was recruited to direct (and photograph) the second of Reg Park’s Hercules films for producer Achille Piazzi. Freely departing from Roman mythology, the film gave Bava the opportunity to reimagine the sword-and-sandal genre. On its surface a jovial comedy adventure, HERCULES IN THE HAUNTED WORLD features a striking use of color, which would become one of Bava’s directorial hallmarks. But this playful peplum is tinged with a sense of genuine foreboding, voiced by a masked oracle Medea (Gaia Germani) in one of the film’s most stunning sequences. When Hercules descends into the depths of hell and confronts Lico (Christopher Lee), who has the power to call forth corpses from their tombs, the film plunges into the eye-popping, bone-chilling horror for which Bava had recently become famous.