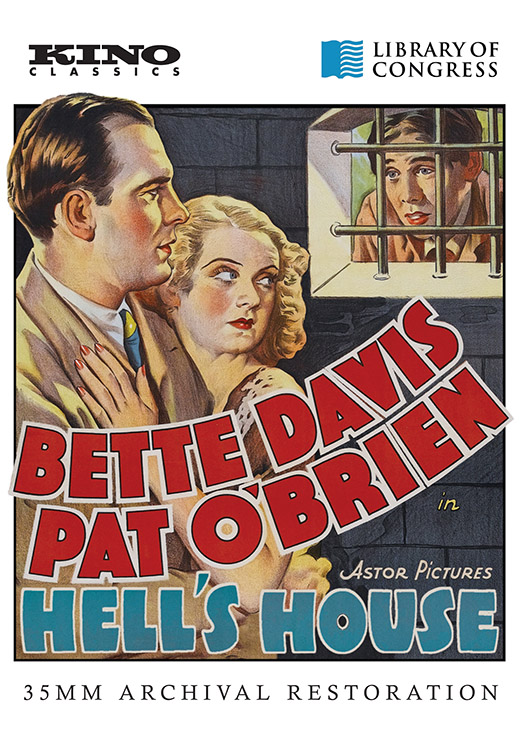 Independently produced by Bennie Zeidman, HELL'S HOUSE (1932) is a Pre-Code melodrama that captured Bette Davis and Pat O'Brien just before they were catapulted to superstardom at Warner Bros. An exposé of the American penal system (not unlike I Am a Fugitive from a Chain Gang and The Mayor of Hell), HELL'S HOUSE stars Junior Durkin as a wholesome farmboy who moves to the city after the death of his mother. Dazzled by the smooth talk and beautiful girlfriend (Davis) of a wily bootlegger (O'Brien), the naive lad runs afoul of the law and is sentenced to a brutal reform school. Abandoned by the legal system, the boy's only hope is the conscience of the criminal responsible for him being there.