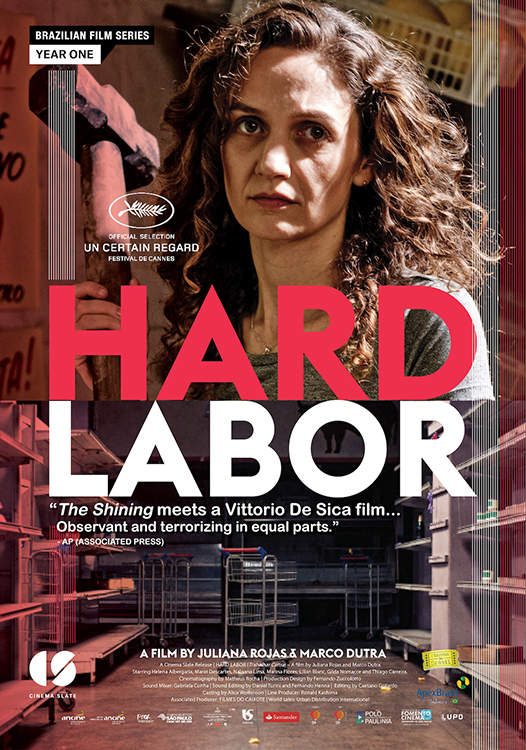 In HARD LABOR, a middle-class couple slowly succumbs to the allures of entrepreneurship and the horrors of a schizophrenic job market. As Helena (Helena Albergaria) starts a new business venture (a small grocery store), her white-collar husband Otávio (Marat Descartes) is let go from his job. Determined to stay afloat, Otávio goes on a series of ego-crushing job interviews and is forced to adapt to the needs of a new economy. And Helena, now the family’s breadwinner, discovers that the building housing her store has a sinister past. Beautifully translating the evanescent forces of cyber-age economics into a Grand Guignol of kitchen-sink sensibilities, HARD LABOR is unlike any other Brazilian film you’ve seen in the last decade.

Hard Labor is a smart, sneaky little shocker whose subtexts add depth to its haunted-house framework and pay off in a final scene that's both weirdly off-kilter and entirely logical.

At its best, the film has the quality of a nightmare, one that keeps happening whether the characters are asleep or awake.