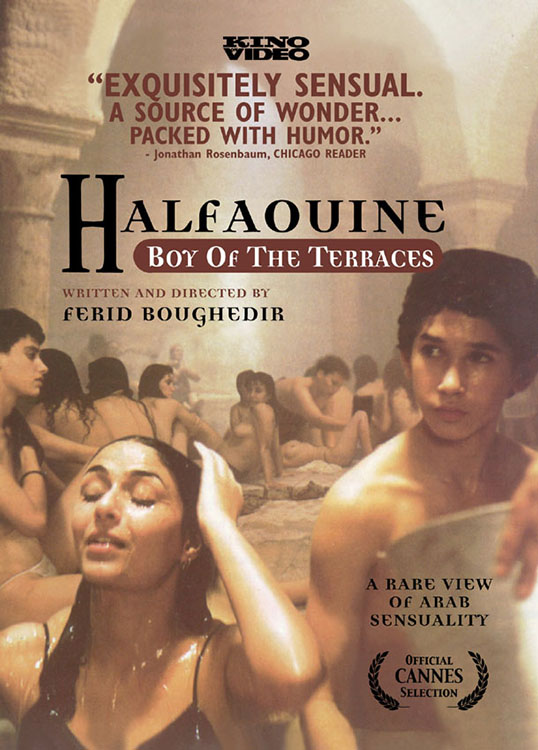 Halfaouine: Boy of the Terraces

Noura (Selim Boughedir, the director's nephew) is an inquisitive thirteen-year-old whose eyes are opened to his own sexual desires when he visits the local Turkish bathhouse with his mother. Gazing upon the spectacular array of unclothed women and girls, Noura begins to experience his first pangs of longing. But just as Noura is awakened to the pleasures of the fair sex, he risks being wrested from their tender, affectionate companionship and into the callous and rigid company of men.

A sensitive, comical look at the difficulty of growing up under the puritanical codes of Islam, Boughedir's film is also a rich, vibrant portait of the Arab neighborhood of Halfaouine, with its array of colorful and eccentric citizenry from whom Noura learns the complicated, often hypocritical ways of adulthood.