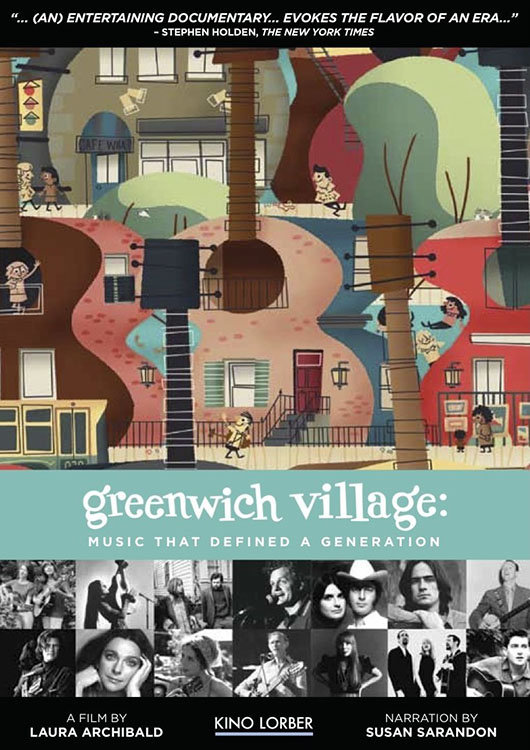 Greenwich Village was the birthplace of the singer/songwriter and songs of love and relationships. Between 1961-1973, many musicians in The Village banded together to sing about the radical social upheaval of the time. As these new singers emerged, Greenwich blossomed as a place that promoted a better future. Their music challenged the status quo by singing about taboo subjects - fighting for civil liberties, protesting the Vietnam War, and holding governments accountable for their actions.

Their views, which were controversial at the time, weren't always greeted with open arms. On Sunday April 9, 1961, over 500 young musicians gathered in Greenwich Village's Washington Square to sing folk songs to promote peace and harmony. This act of passive protest resulted in riot squads attacking singers and civilians alike with billy clubs, leading to several arrests. The incident became known around the world as the Washington Square Folk Riot and was cited as the first 'freedom of speech' revolt. It also made Greenwich Village a beacon of hope for an entire generation. And this is just one of the important stories which make up the vibrant history of The Village music scene.

GREENWICH VILLAGE: MUSIC THAT DEFINED A GENERATION is the amazing untold story about the very people whose music helped change the world.

"A history lesson that holds some pleasures even for those who know its material by heart..." - Hollywood Reporter