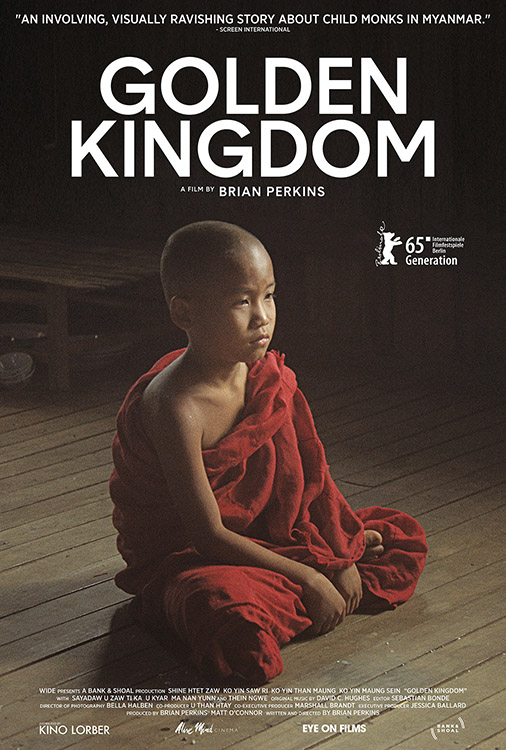 The first international feature film produced in Myanmar since its recent reopening. GOLDEN KINGDOM is a narrative feature film about four orphan boys, novice monks living in a Buddhist monastery in a remote part of Northeast Burma. The head monk departs on a long journey from which he may never return, leaving the boys alone in the middle of the forest. Once the boys are on their own, strange, magical occurrences begin to pass. Orphan Witazara realizes he must protect the three other boys throughout this series of bizarre events, which threaten to unravel the fabric of the young monks’ reality.

"The picture is less about its story than creating a sense of place. It's aided by one of the most immersive soundscapes since The Revenant, and Golden Kingdom's world is only slightly less dangerous.” -SF Weekly

"Producer-writer-director Brian Perkins' thoroughly indie debut has the flavor of a first-class travelogue as well as of the new wave of Southeast Asian "jungle pics," with cold reality splashing into phantasmagorical scenes of forest apparitions." -East Bay Express

“[A] profoundly lyrical film about life, death and spirituality. Perkins directed from his own script using non-professional actors who give performances that are both unstudied and devastatingly effective.” -Killer Movie Reviews