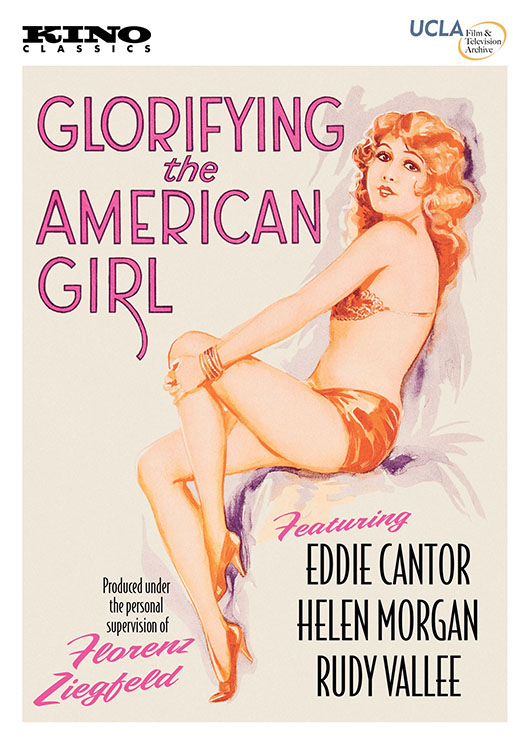 At the dawn of the talkies, Paramount Pictures poured its resources into a lavish movie intended to plant their flag in the American musical, even as it was evolving. Mary Eaton stars as an aspiring showgirl who must choose between her on-stage career and the love of a young musician (Edward Crandall). Having licensed the name of Broadway’s most extravagant showman, producer Monta Bell recruited costume designer John W. Harkrider to stage elaborate musical tableaux worthy of the Ziegfeld name, and filmed them in Technicolor. The filmmakers further stacked the deck by inserting musical and comedy numbers featuring the biggest names of the Great White Way: Eddie Cantor, Rudy Vallee, and Helen Morgan (who performs her timeless torch song “What Wouldn’t I Do for That Man?”)