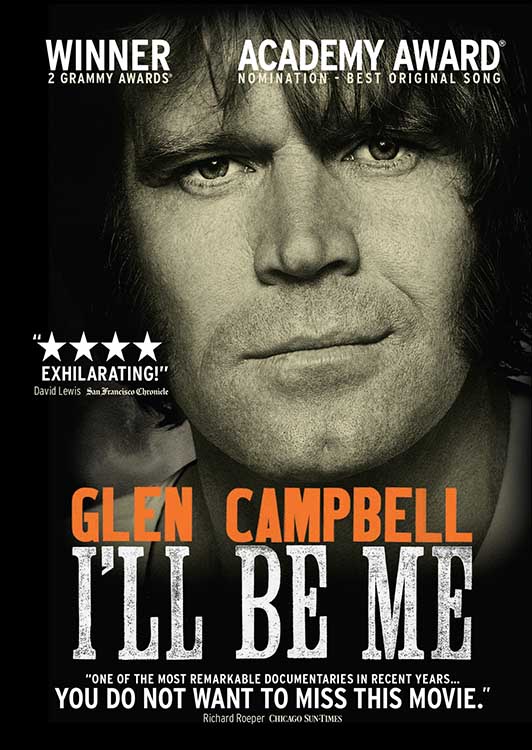 Glen Campbell: I'll Be Me

In 2011, music legend Glen Campbell set out on an unprecedented tour of America. He thought it would last five weeks; the tour went for 151 sold out shows over a triumphant year and a half. What's more, before the start of the tour, Glen had recently been diagnosed with Alzheimer’s disease. He was told to hang up his guitar and prepare for the inevitable, but instead, Glen and his wife went public with his diagnosis and announced that they'd be having a "goodbye tour.” The film documents this extraordinary journey as he and his family attempt to navigate the wildly unpredictable nature of Glen’s progressing disease using love, laughter and music as their medicine of choice. Special appearances include Bruce Springsteen, The Edge, Paul McCartney, Blake Shelton, Keith Urban, Brad Paisley, Taylor Swift, Steve Martin and Chad Smith.