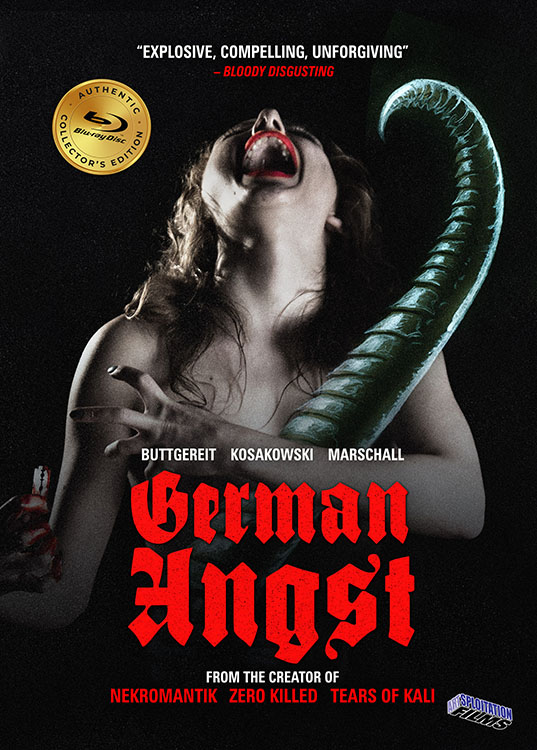 This German horror anthology features three films – all of which focus on the dark, violent, and disturbing nature of love and sex were written and directed by three controversial underground filmmakers: the legendary Jörg Buttgereit (Nekromantik (1987), The Death King (1990); Andreas Marschall (Tears of Kali (2004); and Michal Kosakowski (Zero Killed (2014).

The finale follows a man who stumbles upon a secret sex club that promises the ultimate sexual experience by using a drug made from the roots of the legendary Mandragora plant. But the ecstatic experiences have horrific side-effects. Stylishly shot this neo-noir short offers a ton of nudity, kinky sex, and gory violence (and bizarre monsters).