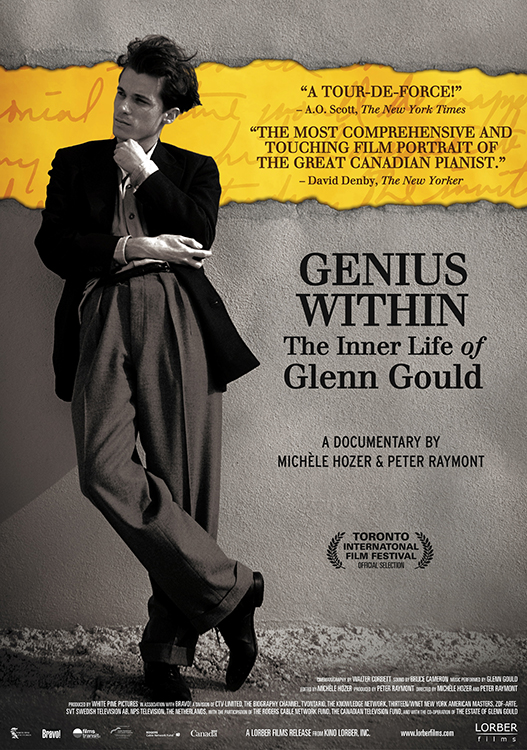 Genius Within: The Inner Life of Glenn Gould

Almost three decades after his death, legendary pianist Glenn Gould continues to captivate audiences worldwide. From his landmark interpretation of the Goldberg Variations to his innovations in recording technology (including early experiments in over-dubbing), Gould is one of the true geniuses of the 20th century. With GENIUS WITHIN, filmmakers Michéle Hozer and Peter Raymont trace Gould's evolution from his childhood in Toronto to his international triumphs, looking beyond his eccentric public image to the man hiding beneath the icon. Weaving together an unprecedented array of never-before-seen concert footage, photographs, private home recordings and diary entries, Gould's brilliant musings on music, art and love are revealed for the first time. Paired with intimate interviews with his lovers, fellow musicians, and friends, including Cornelia Foss, Roxolana Roslak, Petula Clark and Vladimir Ashkenazy, GENIUS WITHIN draws a kaleidoscopic portrait of one of the towering figures in the history of classical music.

"A thoughtful, confident, completely engrossing documentary about a cultural figure every bit as iconic as Jim Morrison or James Dean." - Kenneth Turan, The Los Angeles Times

"The most comprehensive and touching film portrait of the great Canadian pianist in all his glories and miseries." - David Denby, The New Yorker