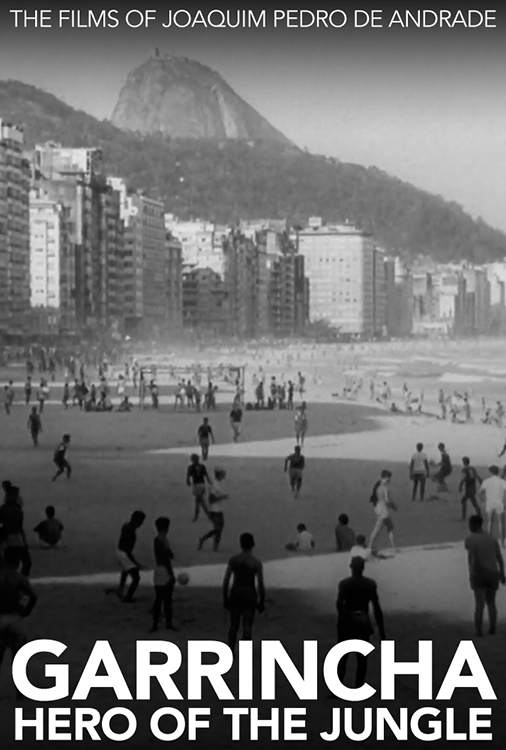 Garrincha: Hero of the Jungle

Garrincha - the nickname of the Brazilian soccer star Manuel Francisco dos Santos - immediately evokes his creativity in the field and his famously crooked legs. He was a man renamed after a bird, with movements unpredictable even to the most experienced opponents. As they watched his legs for spasms that anticipated his next move, Garrincha's knees sent nothing but mixed signals, pointing in opposite directions at the same time. And before his rivals could decipher the language of his body he was already two steps ahead, miraculously teleported by his dance-like dribbles. GARRINCHA: HERO OF THE JUNGLE embodies the tensions in the work of Joquim Pedro de Andrade. A landmark production, it created the genre of sports documentary in Brazil, and was the first to use a multi-camera set-up to film a soccer match.