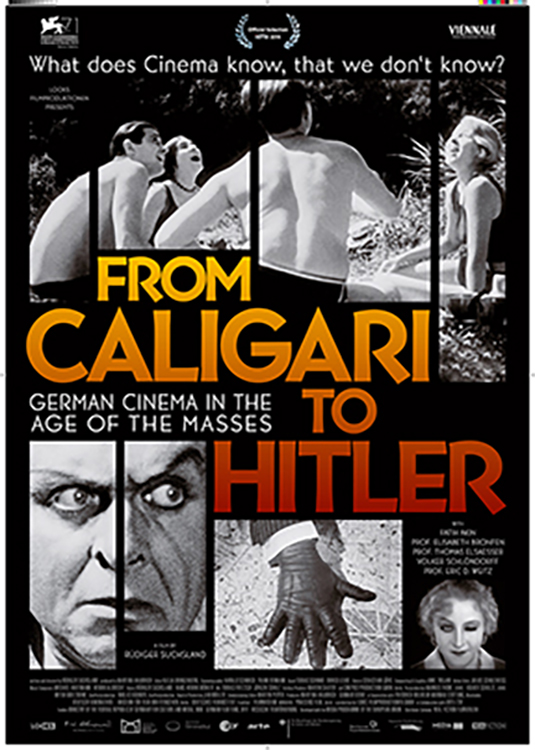 From Caligari to Hitler

Using a montage of footage from the highest quality restorations, Ruediger Suchsland illustrates Siegfried Kracauer's 1947 thesis that the rise of Nazism is anticipated in many themes found throughout Weimar cinema, while situating Kracauer in the philosophy and histories of the time. Looking at films like "Dr. Mabuse, the Gambler," "Metropolis," "The Golem," and many others, Suchsland tracks the concept of the charismatic villain bewitching the people.

"In fact, one of the documentary's major virtues is that it not only covers noted filmmakers such as Lang, F.W. Murnau, and Ernst Lubitsch but also serves as an introduction to movies in many different genres by other directors who are virtually forgotten today." ★★★ F. Swietek, Video Librarian