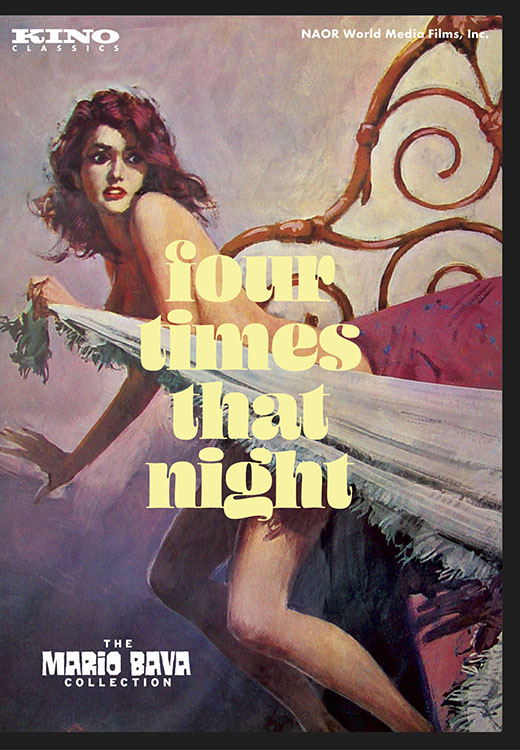 Mature content, must be 18 or older to watch
Add to Watch List
Already purchased? Login to Watch.

FOUR TIMES THAT NIGHT is one of the most eclectic entries in Mario Bava’s already wildly varied filmography. Bava (Black Sunday, Black Sabbath) crafted a swinging sex comedy laced with dark undertones, and structured it in the style of Akira Kurosawa’s Rashomon. It begins with a couple’s chance encounter in a public park that turns into a tumultuous sexual evening together. But sources vary on what exactly happened that fateful night, so the tryst is recounted from four separate points of view. Bava treats the kaleidoscopic story with his always-brilliant eye for color and composition, and the resulting film is perhaps the first bona fide arthouse nudie cutie picture.