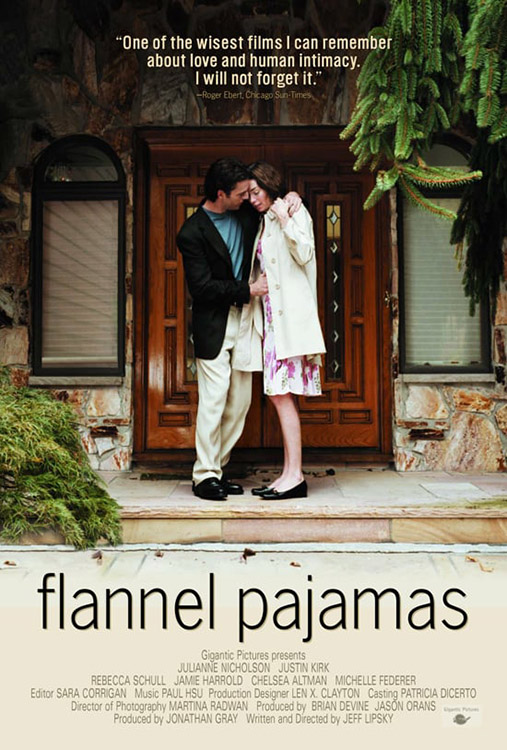 On a rainy April night, two 30-something New Yorkers meet for a blind date at a local diner. It’s a magical evening, made manifest by that elusive combination of great chemistry and instant connection. Stuart (Justin Kirk) is a study in contrasts – seemingly confident, with a high-powered Broadway job that makes full use of his fast-talking smarts, yet clearly lonely and desperately eager for love. Younger and still finding her way, Nicole (Julianne Nicholson) is naturally more reticent, coping with city life far from her large and eccentric Montana family.  As Stuart and Nicole progress from love to marriage to discussions about starting a family, their relationship faces the challenges of critical friends, emotionally demanding relatives, time-consuming careers, different religions and the stresses caused by the endless negotiations all couples wage daily. With no easy answers, no heroes or villains, FLANNEL PAJAMAS is a brave foray into the mysterious but all-too recognizable terrain of the human heart.

"I have seen one of the wisest films I can remember about love and human intimacy.  It is a film of integrity and truth, acted fearlessly, written and directed with quiet, implacable skill.  I will not forget it.  Lipsky demands of his actors no less than Bergman required in ‘Scenes from a Marriage’ or ‘The Passion of Anna,” and although the acting here is not showy, it is quietly, powerfully good.  The film is deep and demanding and not easy to experience, but it is formidable.”-Roger Ebert, Chicago Sun-Times

“One of the most intimate screen portraits of a relationship ever attempted.  Hyper-articulate.” -Stephen Holden, The New York Times 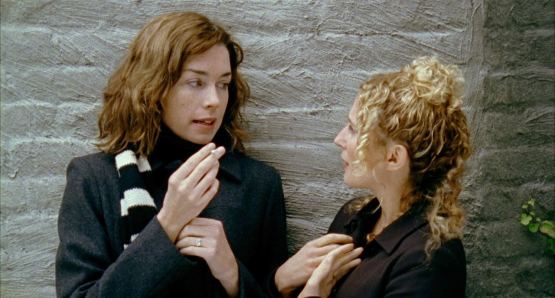 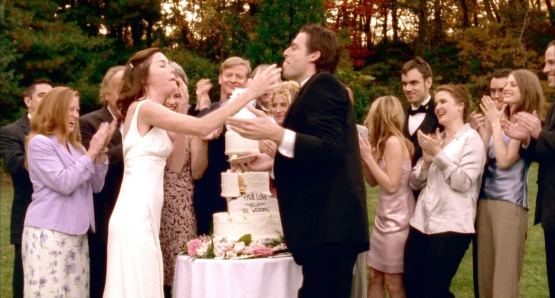 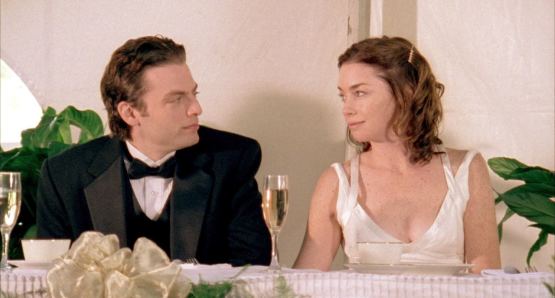 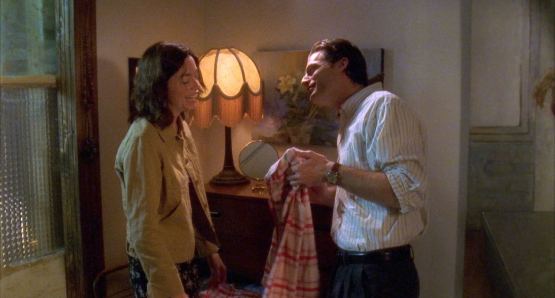 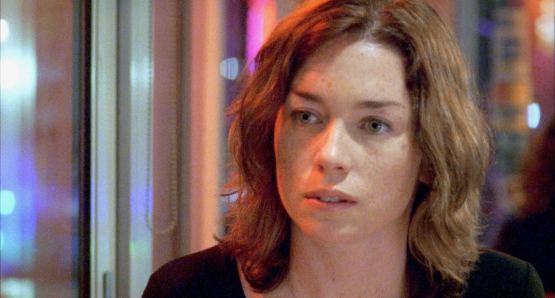 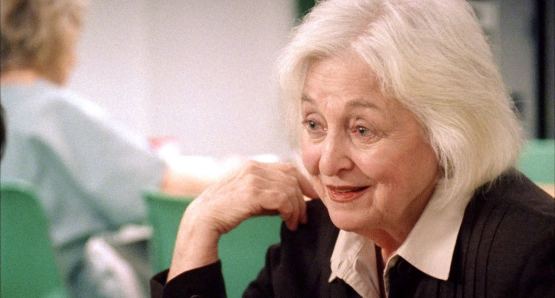