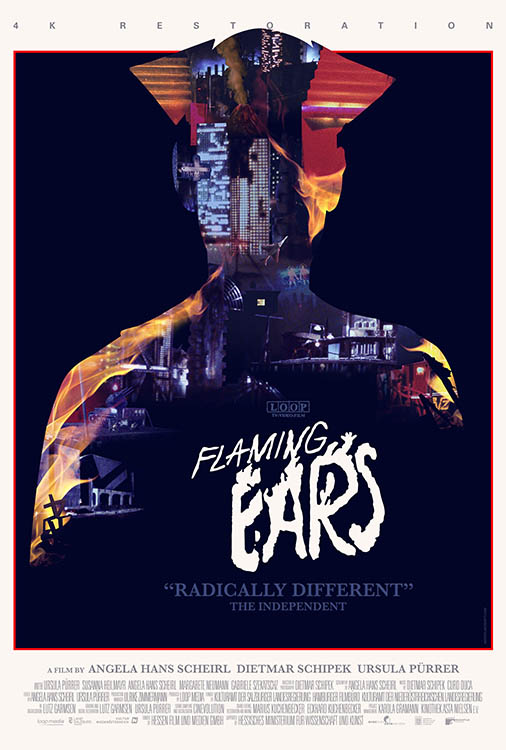 FLAMING EARS is a pop sci-fi lesbian extravaganza set in the year 2700 in the fictional burned-out city of Asche that follows the tangled lives of three women. Spy is a comic book artist whose printing presses are burned down by Volley, a sexed-up pyromaniac. Seeking revenge, Spy goes to the lesbian club where Volley performs every night. Before she can enter, Spy gets into a fight and is left wounded in the streets. She is found by Nun, an amoral alien in a red plastic suit with a predilection for reptiles... who also happens to be Volley’s lover. Nun takes the injured Spy home and must hide her from Volley. This story of obsession and revenge is also an anti-romantic plea for love in all its many forms. A truly underground film shot on Super 8 and newly restored, FLAMING EARS is original for its playful disruption of narrative conventions, its witty approach to film genre, and its punk visual splendor. 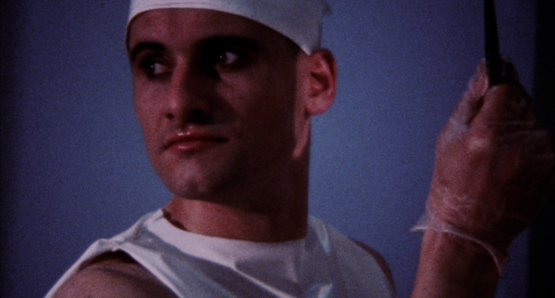 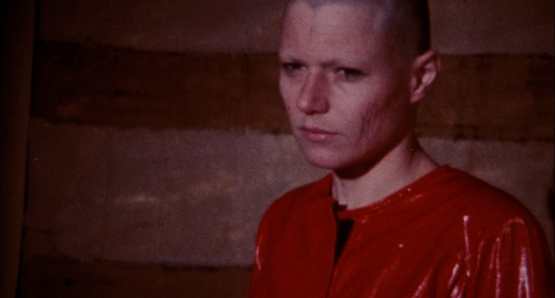 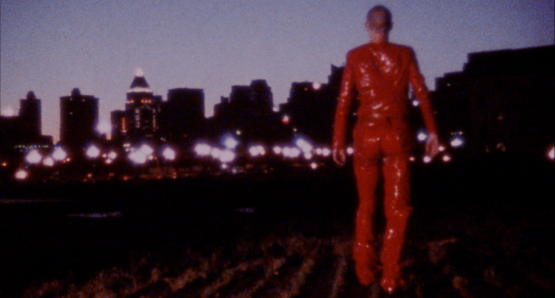 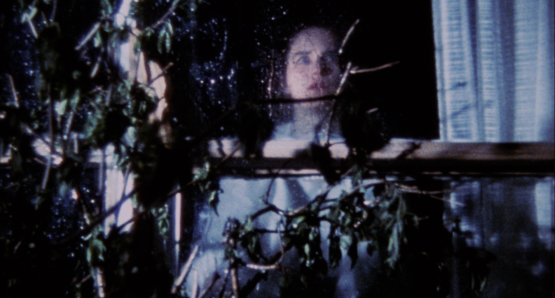 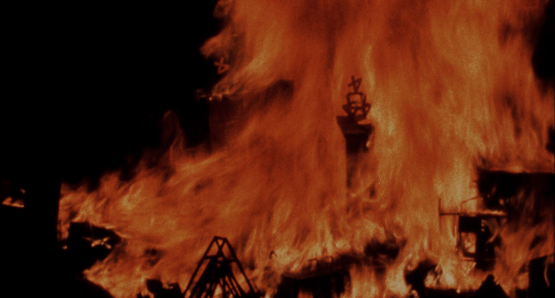 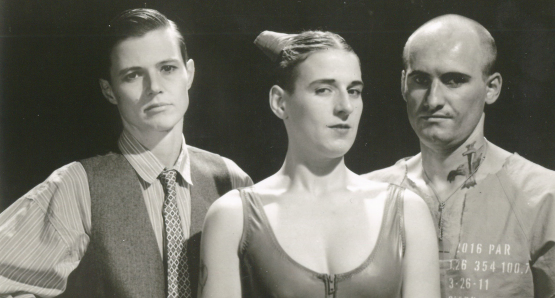