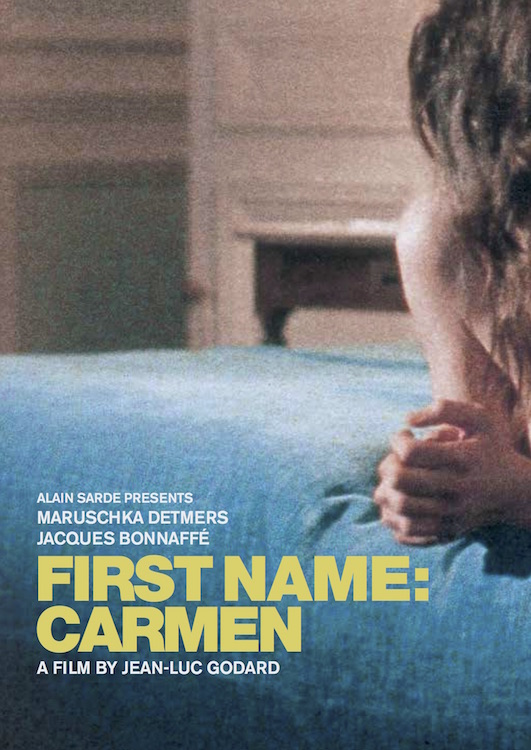 Jean Luc-Godard’s First Name: Carmen (1983) is a radical reinvention of Bizet’s opera, updating the story of sexual obsession with bank robbery and kidnapping. Godard himself appears as doddering Uncle Jean, who lends his house to his niece Carmen (Maruschka Detmers) while he is recovering in a mental institution. Carmen and her gang of youthful pals stage a bloody robbery of a bank, during which she falls in love with one of the security guards (Jacques Bonnaffé). Her gang is in the planning stages of an even bigger crime—the kidnapping of an industrialist (or his daughter), using the shooting of a documentary on luxury hotels as a pretext. This bizarre crime spree of sex and death is told via Godard’s dizzying deconstructive style and DP Raoul Coutard’s eye-popping colors, creating a singular work of art to rival Bizet.