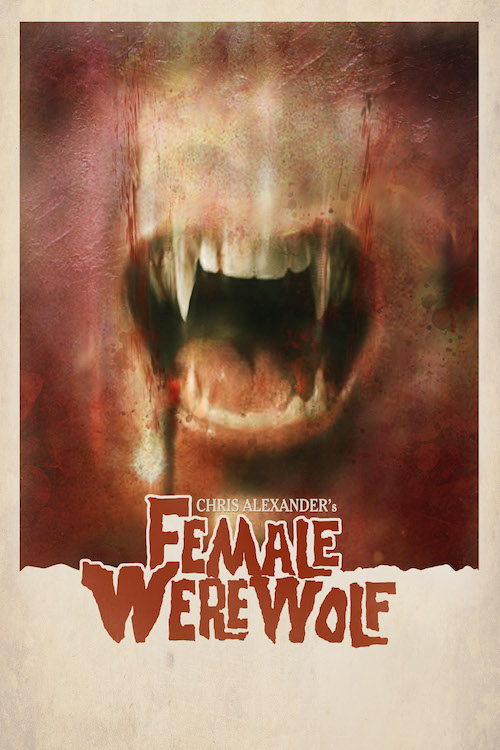 From indie filmmaker Chris Alexander (BLOOD FOR IRINA, QUEEN OF BLOOD) comes FEMALE WEREWOLF, an intimate psychodrama about one women's search for sex and sanity. "She" (Carrie Gemmell) is a girl in the grip of a waking fever dream, slave to erotic, bloody fantasies that are slowly seeping into the grind of her sterile reality. As her sexual tensions and anxieties spiral, she slips into madness, believing that she might be turning into a monster. Featuring a mesmerizing, near mute performance by Gemmell, FEMALE WEREWOLF is a surreal experimental horror film, shot entirely by Alexander on a series of iPhones and featuring a moody score by Alexander and The Gotham City Drug Store.

“Driven by obsessive imagery, sensuality and music, favoring beauty and emotion over graphic gore and shock but still filled with darkness and dread. Clearly, the influence of early Polanski and the lesser-known Rino Di Silvestro’s Legend of the Werewolf Woman is in evidence…but, it’s definitely got its own unique vibe… beautifully shot and edited very artistically, complete with a hypnotic score.” – Dread Central