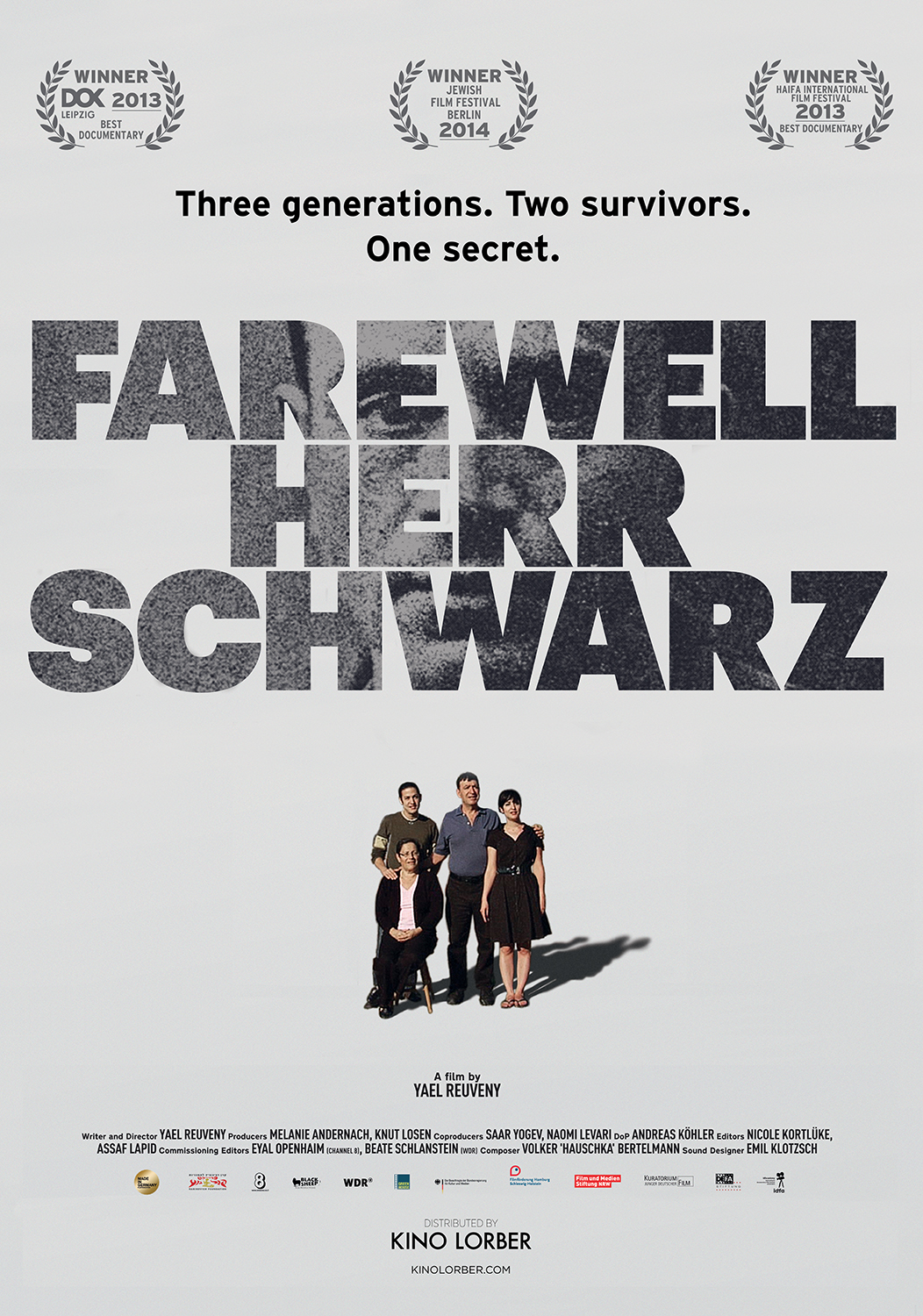 Winner of the Best Documentary Prize at the Haifa International Film Festival, director Yael Reuveny's FAREWELL HERR SCHWARZ is a cinematic journey about buried family secrets, the Holocaust (from a third generation perspective) and how it is never too late to reclaim your heritage. Siblings Michla and Feiv'ke Schwarz survived the Holocaust but never reunited after the war. Michla moved to the soon-to-be-founded Jewish state in the Middle East and started a family there. Her brother Feiv'ke considered dead returned to East Germany, married a German woman and inexplicably lived amidst the concentration camp ruins where he was once a prisoner. The Israeli and German sides to the family lived unaware of each other for half a century until first time filmmaker Yael Reuveny probed exactly what happened to her family in 1945.