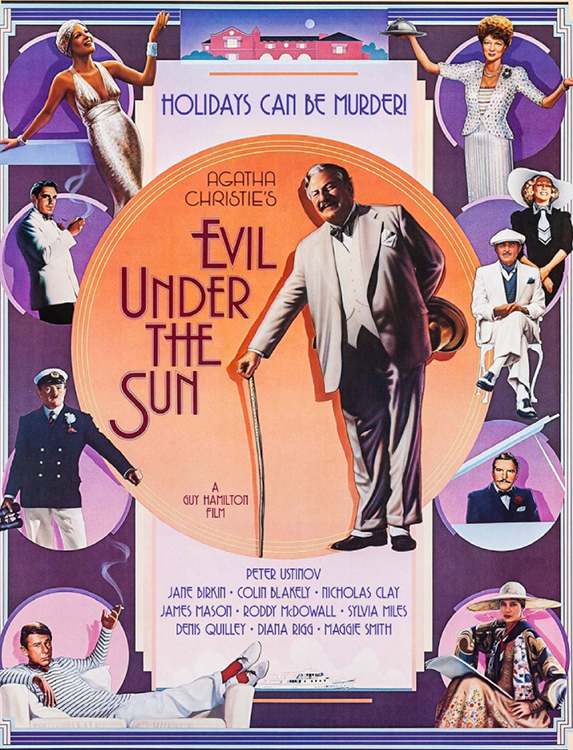 Evil Under the Sun

Holidays Can Be Murder! When a shrewish stage star is found strangled at a posh island resort, detective Hercule Poirot (Peter Ustinov, Death on the Nile) is called in to investigate. But as the brilliant Belgian learns, it isn’t a matter of who would want the diva dead... but of who wouldn’t. As he follows the twists and turns of clues and motives, Poirot soon discovers that even among the rich and famous, murder never takes a holiday! James Mason, Jane Birkin, Roddy McDowall, Diana Rigg, Maggie Smith, Colin Blakely, Nicholas Clay, Sylvia Miles and Denis Quilley co-star in this Agatha Christie (Murder on the Orient Express) favorite filmed on location in stunning Majorca, Spain, directed by Guy Hamilton (The Mirror Crack’d), adapted by Anthony Shaffer (Frenzy) and filled with classic songs by Cole Porter.