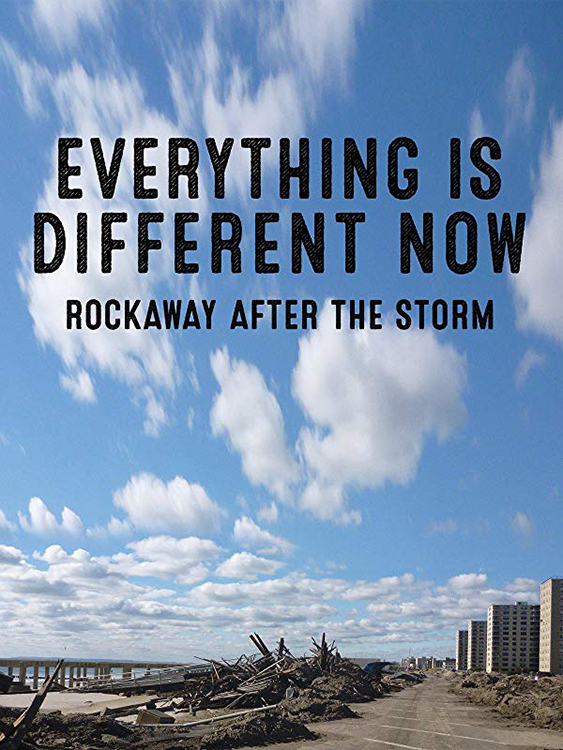 Everything is Different Now - Rockaway After the Storm

In October, 2012, Superstorm Sandy tore into New York and woke the city up to the fragility of its shorelines. EVERYTHING IS DIFFERENT NOW: ROCKAWAY AFTER THE STORM documents the first summer and fall after the storm as the urban beach community re-builds, re-thinks, and re-invents.

The Bungalows of Rockaway

"The Bungalows of Rockaway, the documentary by the gifted filmmaker Jennifer Callahan, is an incisive analysis of urban policy making, and at the same time a vivid and compassionate portrayal of the injustice that a city's misguided policies can play on the lives of its most impoverished citizens."

"The Bungalows of Rockaway is a fascinating and very interesting, unusual account."

"The Bungalows of Rockaway is perfect--very informative, intelligent and warm. It's part of a much larger story: what happened to working-class New York City? This is an exemplary job of filmmaking."

Everything Is Different Now: Rockaway After The Storm

"A valuable contribution to New Yorkiana and urbanism in general, this beautifully shot and intelligently balanced film charts the metamorphosis of neighborhood into community, thanks to natural disaster. We need more fine-grained studies like this and Frederick Wiseman's 'In Jackson Heights,' that take us into the life of a city and show us the dynamics of what one commentator here calls 'learning through adaptation.' "

"A celebration of how people in an area can cooperate to help recover from the damage done to their community."

"An important film on many levels...soundtrack [is] excellent."