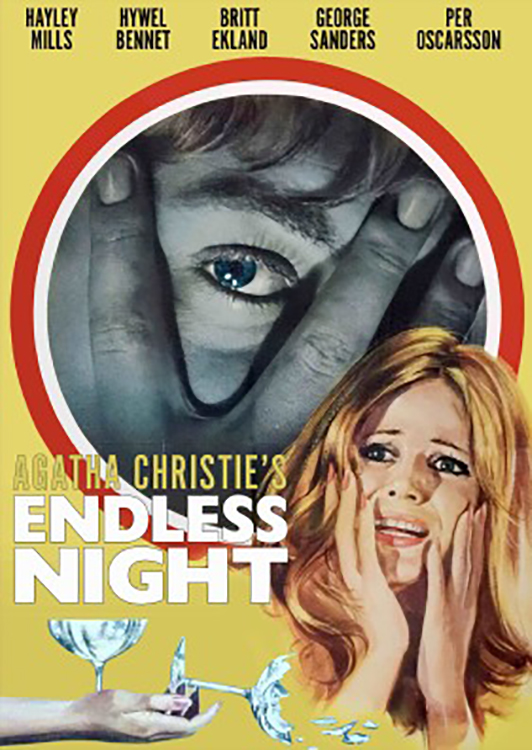 Based on the terrifying suspense novel by Agatha Christie, the legendary writer of Death on the Nile, Murder on the Orient Express, Witness for the Prosecution, The Mirror Crack’d and Ten Little Indians, ENDLESS NIGHT stars Hayley Mills (That Darn Cat!, Appointment with Death) as a wealthy heiress who moves into a magnificent dream house with her new husband. But when murder begins to make itself at home, the stage is set for a stunning climax that even hardcore Christie fans consider one of her darkest and most shocking twists ever. George Sanders (Hangover Square), Britt Ekland (The Wicker Man), Per Oscarsson (The Last Valley), Hywel Bennett (Twisted Nerve) and Lois Maxwell (Moonraker) co-star in this gripping psychological thriller, masterfully adapted and directed by Sidney Gilliat (co-writer of The Lady Vanishes and Night Train to Munich). Featuring a haunting and rousing score by legendary composer Bernard Herrmann (North by Northwest, Psycho).