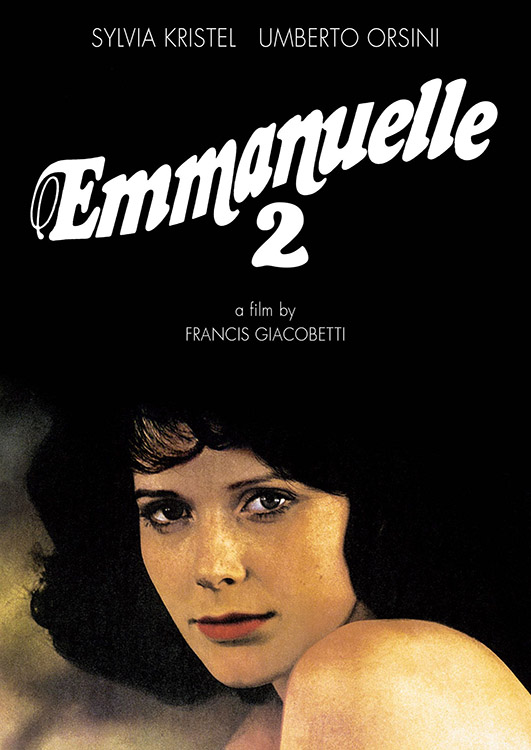 Her name evokes visions of lush sensual discovery and the extremes of forbidden ecstasy! The incomparably beautiful Sylvia Kristel (Private Lessons) is back as Emmanuelle, in this equally successful and erotic sequel to the 1974 smash hit. She returns to her husband Jean (Umberto Orsini, Violent City) in Hong Kong and proceeds to have several extramarital affairs with the likes of her lover Christopher (Frédéric Lagache) and a trio of bathhouse masseuses (including Laura Gemser, Black Emanuelle). All the while, she introduces the young Anna-Maria (Catherine Rivet) to the pleasures and subtleties of carnal love. Music by Francis Lai (Rider on the Rain).