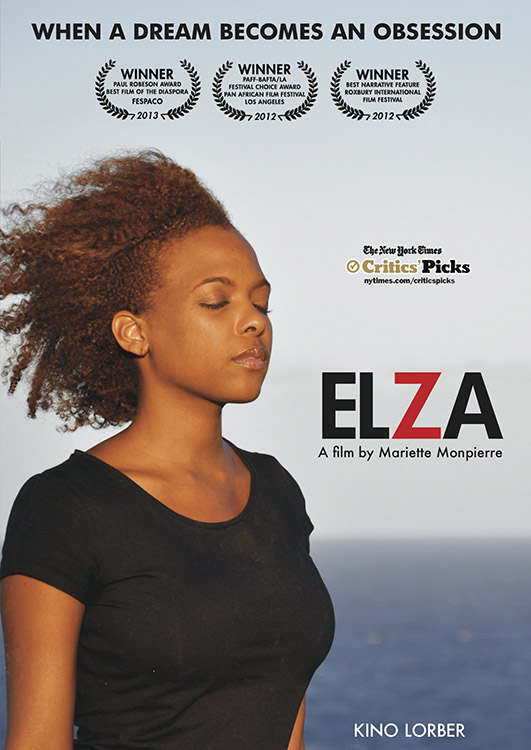 ELZA is a riveting, deeply personal story about the emotional journey of a young Parisian woman returning home to her native island of Guadeloupe. Bernadette (Mariette Monpierre) has tried hard to give her daughter everything. She is thrilled when Elza (Stana Roumillac), the first college graduate in the family, completes her master's degree. But Elza breaks her mother's heart by running off to Guadeloupe in search of a distant childhood memory: the father she barely remembers.

Based on director Mariette Monpierre's own life experience, this feature debut captures the passion and contradictions of a family in transition while offering a rare insider's view of Caribbean culture. Monpierr's critically acclaimed debut feature is gorgeously shot on the island of Guadeloupe, and is a moving, universal story on the fragile bonds of family.

Bathed in the flamingo colors and Caribbean rhythms of its location, this deeply personal debut from the writer and director Mariette Monpierre develops with a lingering attention to sensation and sound." - The New York Times