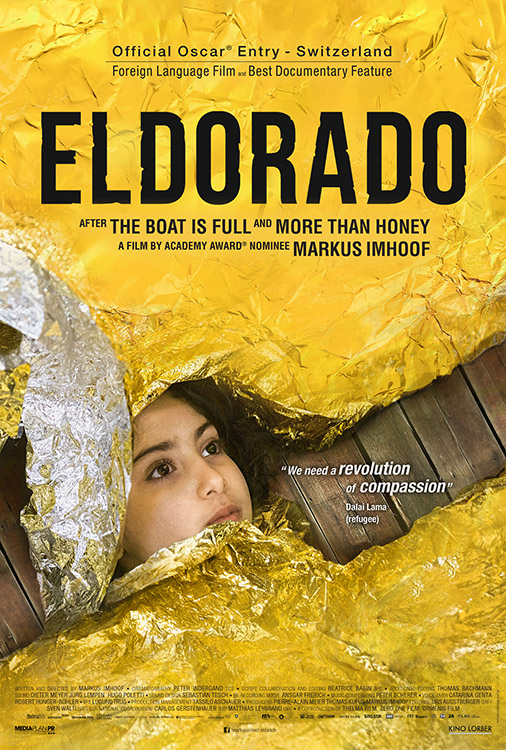 ELDORADO draws inspiration from Academy Award® nominee Markus Imhoof's personal childhood relationship with a young Italian girl during the aftermath of World War II. His Swiss family took her in as a refugee, but she was ultimately sent back to Italy. Imhoof delves into this life-changing experience of personal loss, and highlights parallels with the today’s refugee crisis – the largest mass displacement of people since WWII. With extraordinary access, he takes audiences through the Italian warships of Operation Mare Nostrum, refugee camps in Southern Italy, and asylum hearings with Swiss authorities, which reject refugees at all levels. What emerges is a stark picture of an absurd and inhuman process that fails to address a human tragedy: a crisis caused by economic imbalances turning the rich countries of the North into the “Eldorado” that so many of the less fortunate try to reach at all costs.