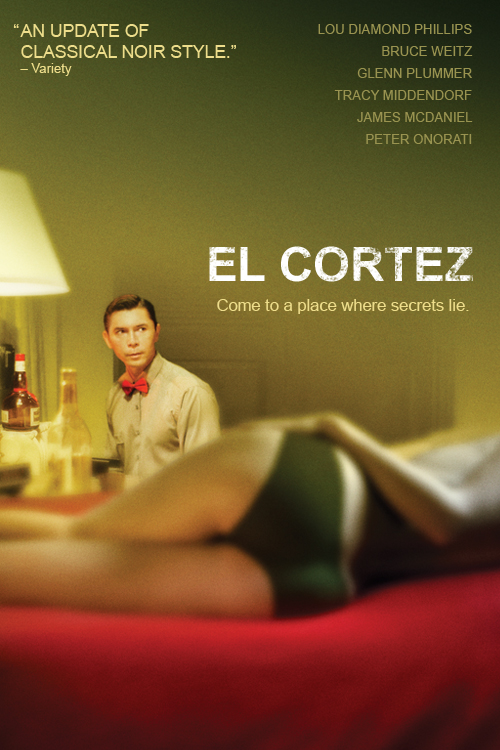 EL CORTEZ is the story of an autistic man who attempts to start a new life after his incarceration. After five years in a prison for the criminally insane, Manny (Lou Diamond Phillips, La Bamba) returns to Reno. He moves into a motel and takes a job as a clerk at the Hotel El Cortez. He is befriended by Popcorn (Bruce Weitz, Hill Street Blues), a crippled prospector who seeks his help to persuade Russo (Peter Onorati, Goodfellas), a wealthy gambler, to invest in Popcorn’s gold mine. But Manny cannot escape his past and is soon caught in a labyrinth that leads to a murderous triple cross.