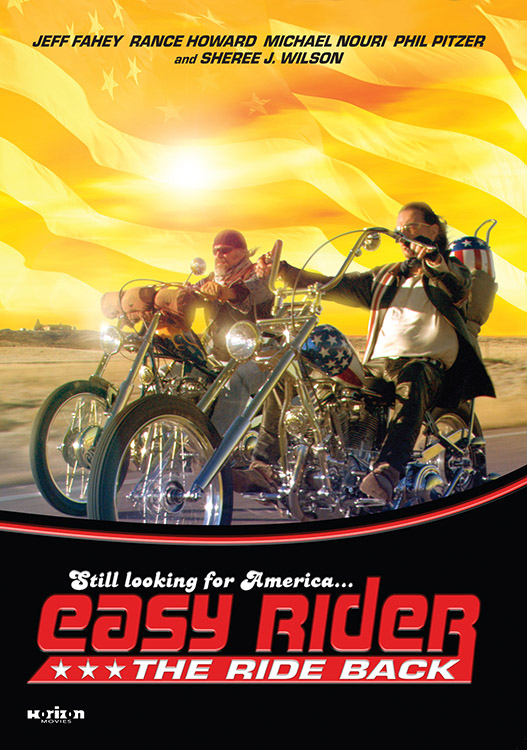 Easy Rider: The Ride Back

Almost 40 years ago Easy Rider captured America's imagination as a counterculture film that explored an era and its trials and tribulations. Now, part sequel, part prequel, EASY RIDER: THE RIDE BACK delves into the family lineage of Wyatt "Captain America" Williams (played in the original by Peter Fonda) and the families trials and tribulations throughout the decades of the 40's, 50's, 60's, and 70's to present day. Juxt-a-posed against the families love affair with motorcycles, the film delves into issues of love, War, honor, and redemption, while keeping true to the spirit of the original film: the iconic "Buddy Ride" and the idea of a continuing search for freedom in an America that is struggling to find its identity.