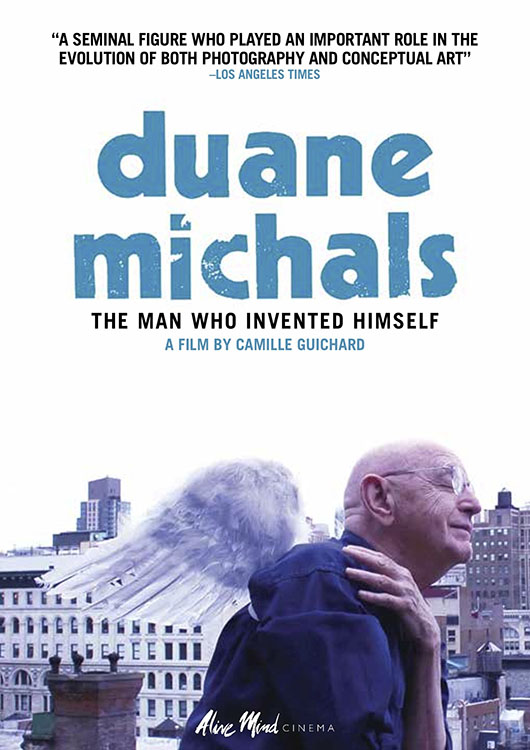 Duane Michals: The Man Who Invented Himself

Duane Michals is a young man over 80 years old and one of the American masters of photography. A brilliant portraitist, he has taken shots of everyone from filmmakers Pier Paolo Pasolini and Roman Polanski to artists such as Rene Magritte and Gior- gio de Chirico. He is also a natural-born storyteller, and incorporates hand-written texts to his images to add another dimension of meaning. His work has been exhibited around the world, and resides in the permanent collections of the J. Paul Getty Museum, the Metropolitan Museum of Art, and the Museum of Modern Art, among many others. DUANE MICHALS: THE MAN WHO INVENTED HIMSELF follows the artist around his favorite locations (Pittsburgh, New York, Vermont) and explores his use of universal themes such as love, desire, death and immortality.