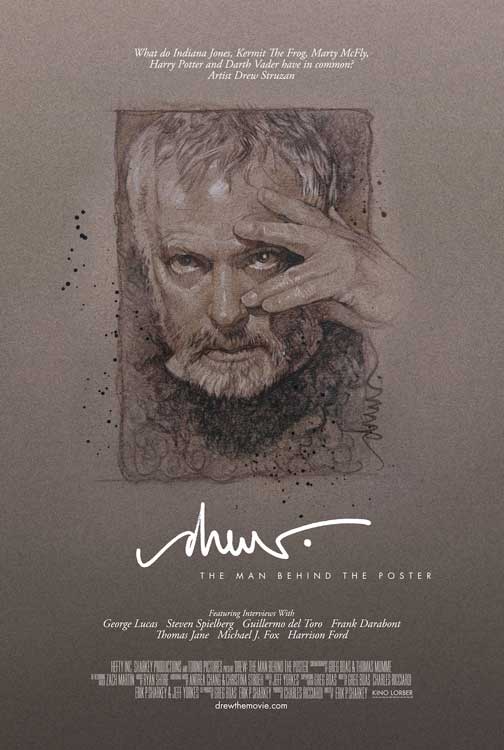 Drew: The Man Behind the Poster

DREW: THE MAN BEHIND THE POSTER is a feature-length documentary film highlighting the career of poster artist Drew Struzan, whose most popular works include the Indiana Jones, Back to the Future and Star Wars movie posters. Telling the tale through exclusive interviews with George Lucas, Harrison Ford, Michael J. Fox, Frank Darabont, Guillermo del Toro, Steven Spielberg and many other filmmakers, artists and critics, the journey spans Drew's early career in commercial and album cover art through his recent retirement as one of the most recognizable and influential movie poster artists of all time.