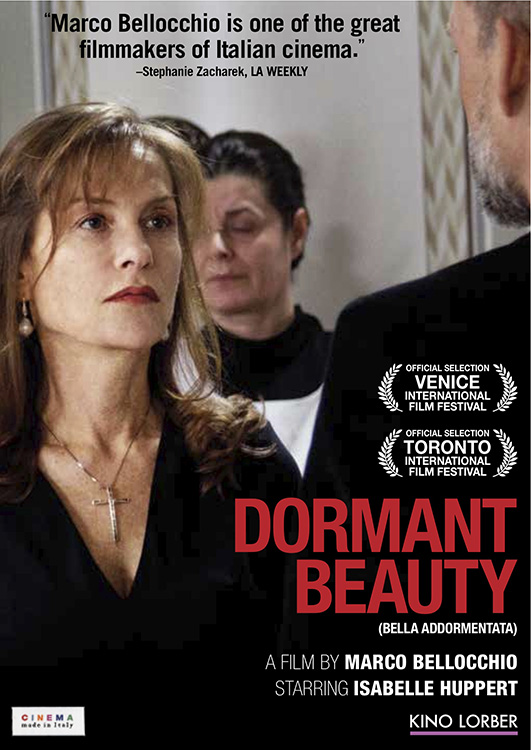 The issue of assisted suicide made national headlines in Italy when the decision was made to end the life of Eluana Englaro, after she spent seventeen years in a vegetative state. In DORMANT BEAUTY, directed by the great Marco Bellocchio (Vincere), this real-life drama will affect the lives of four characters struggling with their own beliefs. A senator (Toni Servillo), forced to vote for a law with which he profoundly disagrees, is torn between his conscience and his loyalty towards the leaders of his party. His daughter (Alba Rohrwacher), a right-to- life activist, falls in love with an advocate (Michele Riondino) for assisted suicide. A famous actress (Isabelle Huppert) turns towards faith and miracle cures in the hope of bringing her daughter out of an irreversible coma, thus neglecting her son who longs for his mother's love. And the beautiful Rossa (Maya Sansa), lost in despair and determined to die, is saved by the young doctor Pallido (Pier Giorgio Bellocchio) and reawakens to life. These converging stories profoundly wrestle with the how to find meaning in life in the face of death.

"It's well acted and gorgeously and tenebrously shot." - Entertainment Weekly