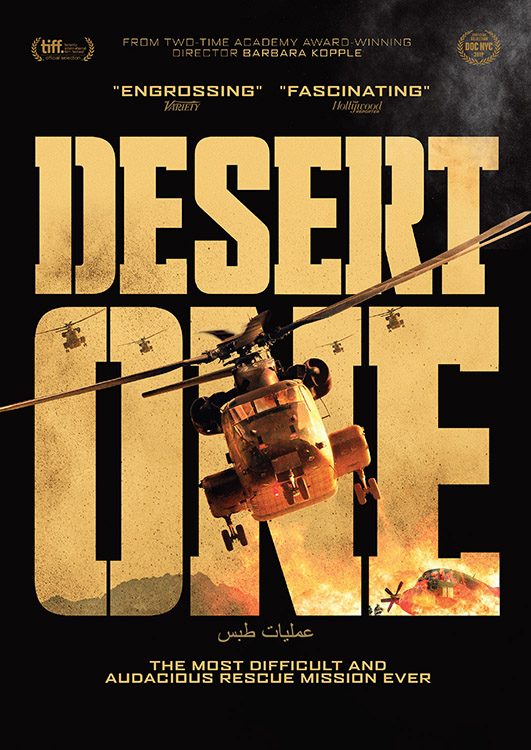 It has been called “the most audacious, difficult, complicated rescue mission ever attempted.” DESERT ONE uniquely blends emotion and bravado to tell the incredible tale of America’s secret mission to free the hostages of the 1979 Iranian Revolution. Two-time Academy Award®-winning filmmaker Barbara Kopple discovers a wealth of unearthed archival sources and receives unprecedented access, engaging in intimate conversations with many of the soldiers closest to the story, some for the first time, as well as President Jimmy Carter, Vice President Walter Mondale and TV newsman Ted Koppel. Evocative new animation brings audiences closer than anyone has ever gotten to being on the inside for this history-making operation.