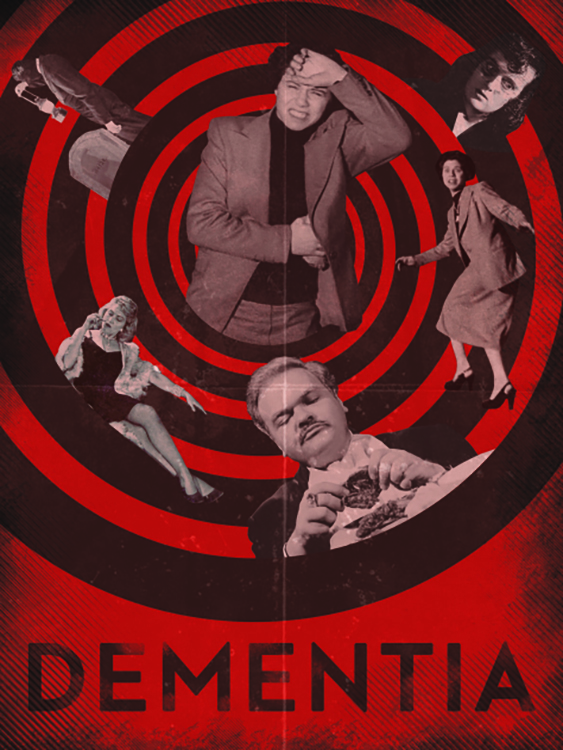 An entirely unique and utterly bizarre film, John J. Parker’s DEMENTIA is a 1950s-style foray into the mind of psycho-sexual madness. Set entirely in a nocturnal twilight zone that blends dream imagery with the cinematic stylings of film noir, DEMENTIA follows the tormented existence of a young woman haunted by the horrors of her youth, which transformed her into a stiletto-wielding, man-hating beatnik. Accompanied by George Antheil’s sci-fi score, the camera follows a “Gamin” (Adrienne Barrett) on a surreal sleepwalk through B-movie hell, populated by prostitutes, pimps, and would-be molesters – all photographed by William Thompson (PLAN 9 FROM OUTER SPACE). Two years after its original release, a narration track of foreboding psychobabble (diabolically spoken by Ed McMahon) was added and the title was changed to the more sensational DAUGHTER OF HORROR.