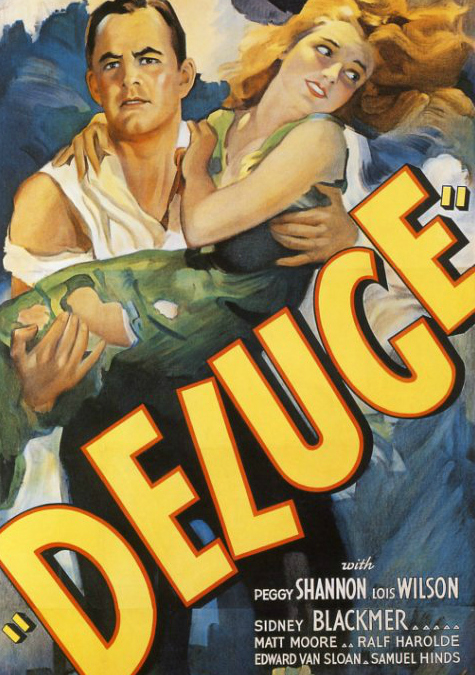 Brand-new 2K Restoration! Felix E. Feist’s extraordinary 1933 disaster film DELUGE has been restored by Lobster Films, Paris. Triggered by a series of earthquakes on the West Coast of the United States, a massive tidal wave circles the globe and – in a prolonged and spectacular special effects sequence – wipes out New York City! Sidney Blackmer stars as a man who, separated from his family, must begin to rebuild civilization in the wake of the catastrophe.

For decades, DELUGE was a lost film of almost mythical status, until horror/sci-fi archivist Forrest J. Ackerman discovered an Italian-dubbed print in 1981. Viewing this poor-quality print was an arduous experience and was only a dim substitute for the original film. But all this changed in 2016 when Lobster Films unearthed a 35mm nitrate negative with the original English soundtrack.

Film preservationist (and Lobster Films CEO) Serge Bromberg says, "Thanks to film archivist George Willeman (Library of Congress), we located the nitrate dupe negative in the archives of the Centre National du Cinéma et de L’Image Animée in France. Although this element was partly decomposed, the latest digital technologies allowed us to restore the image to its original sharpness. Our sound department, LE Diapason, performed extensive sound restoration to both the French and English soundtracks.”