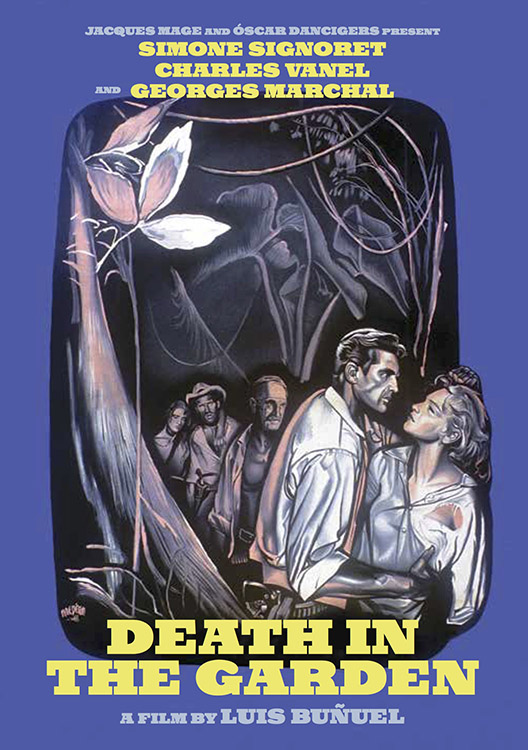 Death in the Garden

DEATH IN THE GARDEN (1956) is one of Luis Buñuel’s (Belle de Jour, The Discreet Charm of the Bourgeoisie) most underrated films, a delirious descent into the heart of darkness. A revolt has erupted in a mining town in the Amazon. As a result, a group of men and women are forced to take refuge in the virgin forest under the supervision of an adventurer called Chark (Georges Marchal). Djin (Simone Signoret), a prostitute, Castin (Charles Vanel), a mystic, his deaf and dumb daughter María (Michèle Girardon), and a missionary called Lizardi (Michel Piccoli) will have to confront thirst, fear, wild animals and insects in order to survive.