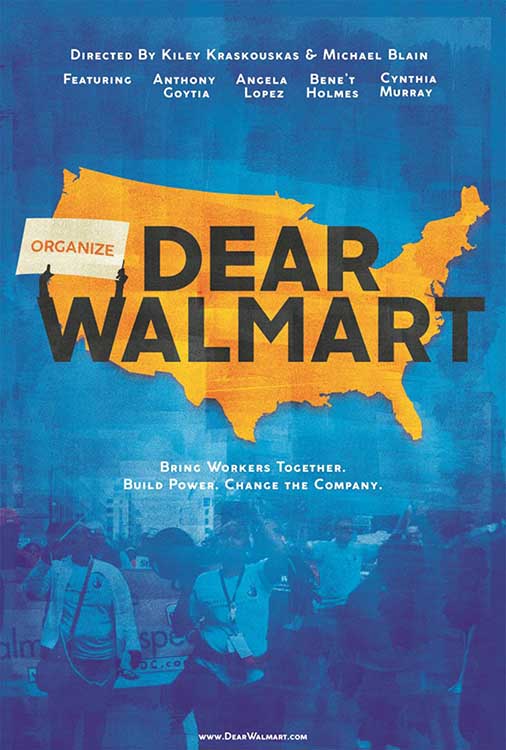 DEAR WALMART follows four members of the OUR Walmart movement as it grows worker-by-worker, store-by-store, and state-by-state, to their historic win in 2015. Through in-store organizing, Black Friday strikes, national gatherings and online conversations with thousands of employees, Walmart employees built a new labor movement that compelled the retail giant to make significant changes. While the film charts the national movement, it most powerfully reveals the personal side of standing up, as each activist transforms not only Walmart, but themselves as well.