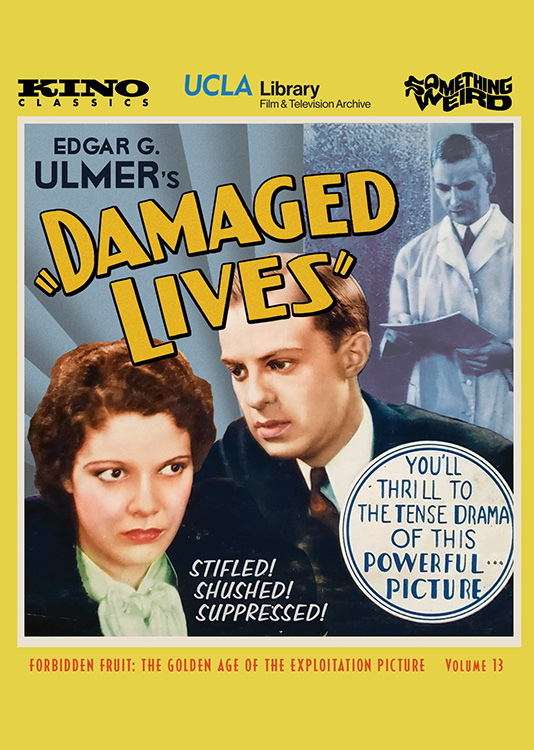 Eugène Brieux’s play Les Avaries endeavored to bring syphilis out of the shadows and erase the stigma surrounding it. Later adapted by Upton Sinclair into the novel Damaged Goods, the story became the backbone of countless sex hygiene films, in which a young couple’s happiness is overshadowed by the specter of disease. Made just before his influential horror film The Black Cat, Edgar G. Ulmer’s unauthorized rendition of the story (DAMAGED LIVES) is grimly poetic, and deserves a place among the director’s finest work. Mastered from the 35mm restoration by the UCLA Film & Television Archive.