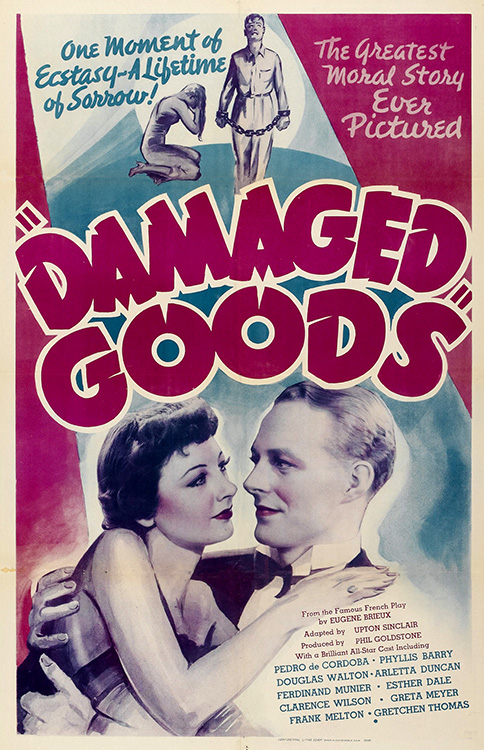 Eugène Brieux’s play Les Avaries endeavored to bring syphilis out of the shadows and erase the stigma surrounding it. Later adapted by Upton Sinclair into the novel Damaged Goods, the story became the backbone of countless sex hygiene films, in which a young couple’s happiness is overshadowed by the specter of disease. Phil Goldstone's DAMAGED GOODS is less shocking and sensational than many other exploitation films of the 1930s, but it stands as a shining example of how the lowbrow genre could occasionally generate a finely crafted and unexpectedly compelling melodrama. Mastered from 35mm materials in cooperation with Something Weird.