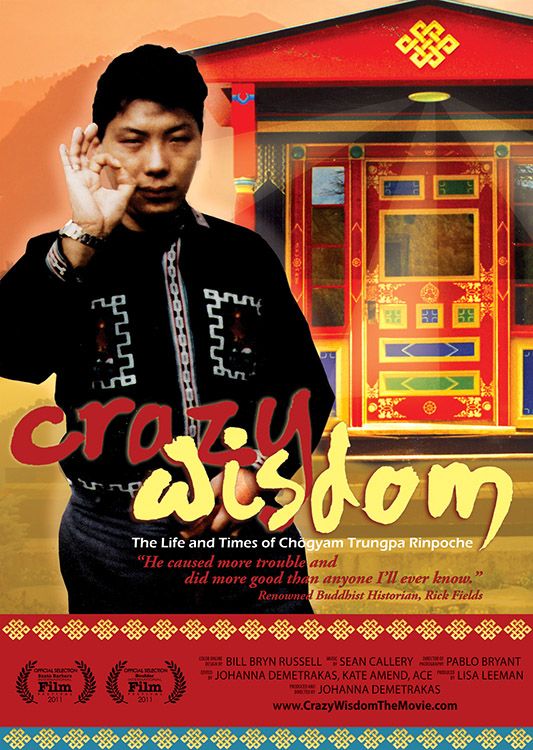 Crazy Wisdom: The Life and Times of Chögyam Trungpa Rinpoche

CRAZY WISDOM explores the arrival of Tibetan Buddhism in America through the story of Chogyam Trungpa, the brilliant "bad boy of Buddhism" who fled his homeland during the Chinese Communist invasion. Trungpa arrived in the U.S. in 1970, and legend has it that he said to his students: "Take me to your poets." Trungpa eventually became renowned for translating ancient Buddhist concepts into language and ideas that Westerners could understand, while shattering all preconceived notions about the way an enlightened teacher should behave. Judged harshly by the Tibetan establishment to begin with, Trungpa's teachings are now recognized by Western philosophers and spiritual leaders, including the Dalai Lama, as authentic and profound. Today, twenty years after his death, Trungpa's name still evokes both admiration and outrage. What made him tick, and just what is "crazy wisdom" anyway? With unprecedented access to Trungpa's inner circle and exclusive never-before-seen archival material, CRAZY WISDOM looks at the man and the myths about him, and attempts to set the record straight.