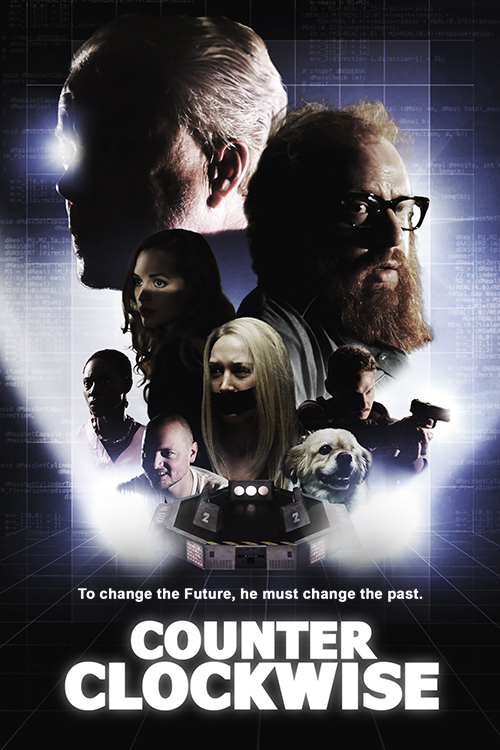 By inventively merging mind-bending science fiction with dark comedy, COUNTER CLOCKWISE delivers a hugely entertaining thriller about a befuddled time traveling scientist caught up in a murder mystery. Bearded scientist Ethan Walker is obsessively working on inventing a tele-transportation device. Instead he stumbles into inventing a time machine and recklessly zaps himself six months into the future. Ethan finds that the future has taken a sinister tone as men are out to kill him and the police are looking for him for the murder of his sister and wife. He now needs to try to return to the point right before everything went wrong and solve the mysteries. Easier said than done. An inventive, head-scratching, fast-paced American Indie time-traveling gem.