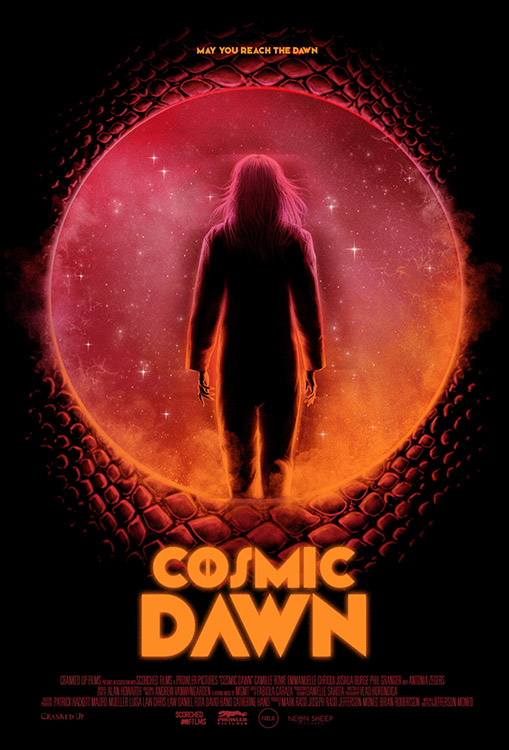 After witnessing the alien abduction of her mother as a child, Aurora (Camille Rowe) joins the UFO cult “The Cosmic Dawn.” At the cult’s remote compound Aurora experiences miraculous revelations and consciousness-expanding flowers, but all isn’t as it seems with the cult’s leader, Elyse (Antonia Zegers). Now moved on from the cult, Aurora is forced to confront her past and pursue the ultimate truth about The Cosmic Dawn.