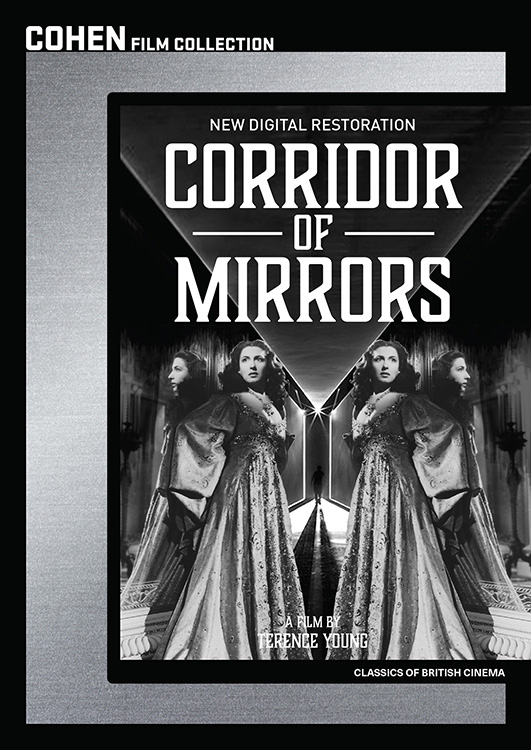 Newly Restored! Eric Portman (A CANTERBURY TALE) plays an artist obsessed with the past. He surrounds himself with Renaissance artwork, infatuated with the notion that he and his lover (Edana Romney) are reincarnations of the lovers in a centuries-old painting. Portman’s delusions have deadly consequences. One of the most unusual British films of the 1940s, CORRIDOR OF MIRRORS incorporates aspects of gothic horror, film noir, melodrama, fantasy, romance and thrillers. The first feature by director Terence Young (DR. NO., WAIT UNTIL DARK), it was heavily influenced by Jean Cocteau’s BEAUTY AND THE BEAST and David Lean’s BRIEF ENCOUNTER, and includes the feature film debut of Christopher Lee (THE LORD OF THE RINGS).