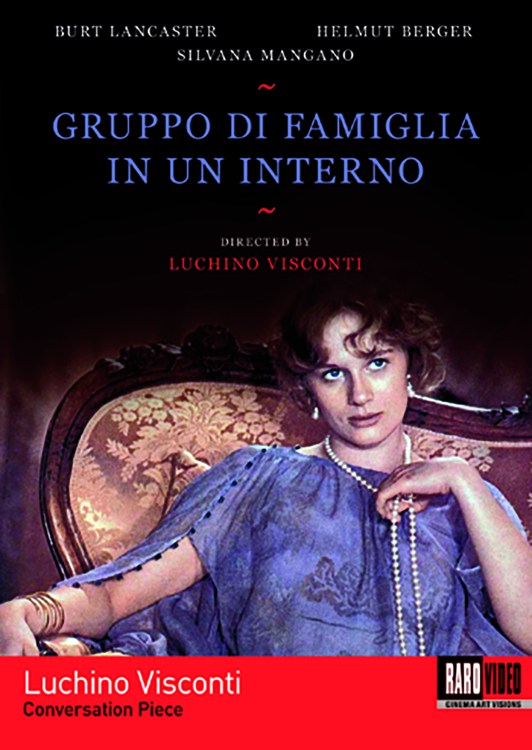 Luchino Visconti's award-winning classic examines the solitary life of a retired American professor (Burt Lancaster) who lives alone in a luxurious palazzo in Rome. When he is confronted by a vulgar Italian marchesa and her companions - her lover, her daughter and the daugther's boyfriend - he is forced to rent them an apartment on the upper floor of his palazzo. Before long his quiet routine is turned upside down and the introverted professor becomes entangled in his tenants' machinations. In the midst of this chaos each of the new neighbors' lives - including that of the professor himself - takes an unexpected but inevitable turn.

Visconti's penultimate film, CONVERSATION PIECE marks the culmination of his career as a master of Italian cinema.

"Though filmed with his usual immaculate eye for decor and composition, the first half of Conversation Piece (Gruppo di famiglia in un interno) is unusually spry and funny for a Visconti film. Lancaster's flustered reactions and Berger's profane telephone threats make for great trash viewing, and the story really kicks into gear one hour in with a kinky plot twist." - Mondo Digital