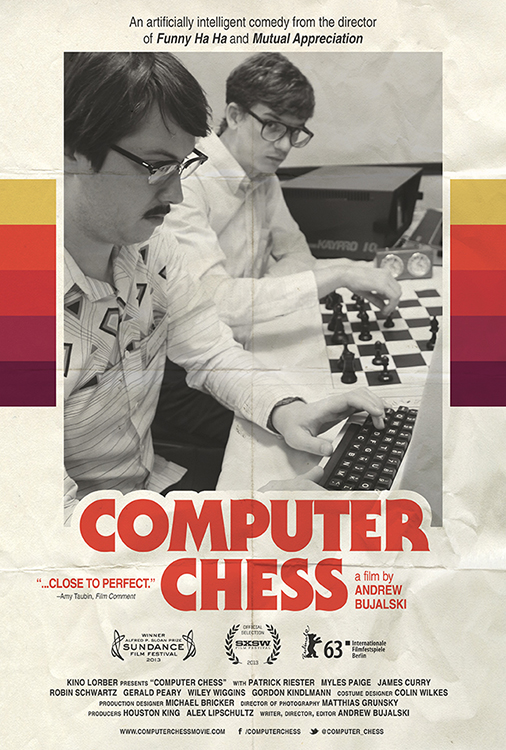 Set over the course of a weekend tournament for chess software programmers thirty-some years ago, COMPUTER CHESS transports viewers to a nostalgic moment when the contest between technology and the human spirit seemed a little more up for grabs. We get to know the eccentric geniuses possessed of the vision to teach a metal box to defeat man, literally, at his own game, laying the groundwork for artificial intelligence as we know it and will come to know it in the future.

★★★★ "(A) rather brilliantly conceived study. ...About as perfect a rendering of the era as you could ask for...the acting is uniformlysuperb: every twitch, every stumble, every stutter is deployed with absolutely plausibility. Bujalski really has pulled off something extraordinary here... As an act of cultural archeology I can think of few better." - Andrew Pulver, The Guardian

"Funny and poignant, it's also a witty satire on technology and how today's cutting-edge will be tomorrow's quaint kitsch." - Mark Olsen, Los Angeles Times