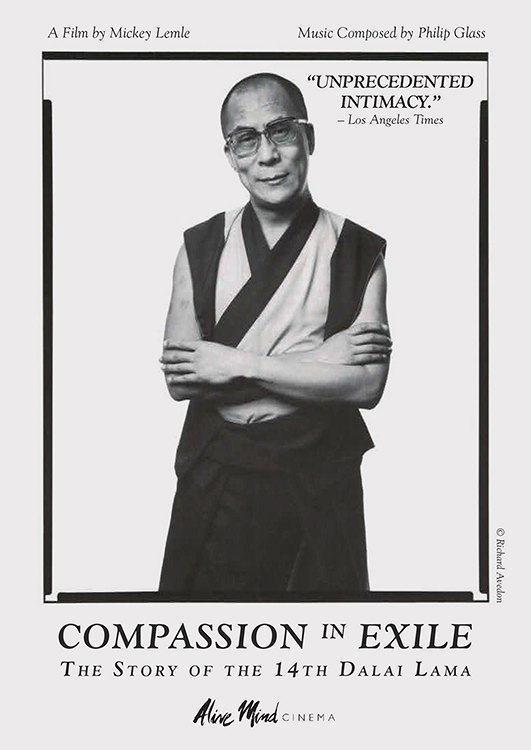 COMPASSION IN EXILE is an intimate portrait of Tenzin Gyatso, His Holiness the 14th Dalai Lama of Tibet. Inherent in the life story of this Nobel Peace Prize laureate is the saga of the suffering of the Tibetan people under Chinese occupation. For over fifty years the Dalai Lama has waged a non-violent struggle in exile to bring attention to the plight of his people and save their unique culture and religion. He is the embodiment of the ideal of his Buddhist heritage and practice, and his life story is an inspiring lesson in compassion, humor and peace. For this film, the Dalai Lama personally granted director Mickey Lemle unprecedented access and cooperation. With candor and humor, he describes his upbringing and key moments in his life, detailing historic events including his becoming head of state at the age of sixteen, journeying to Beijing at nineteen to confront Mao Zedong and Zhou Enlai, and fleeing to India at twenty. Using historic and some never-before-seen footage, and with an entrancing score by Philip Glass, his remarkable story is also told by the people closest to him, including his older brother, his sister, and Heinrich Harrer (his childhood tutor and the author of Seven Years in Tibet).