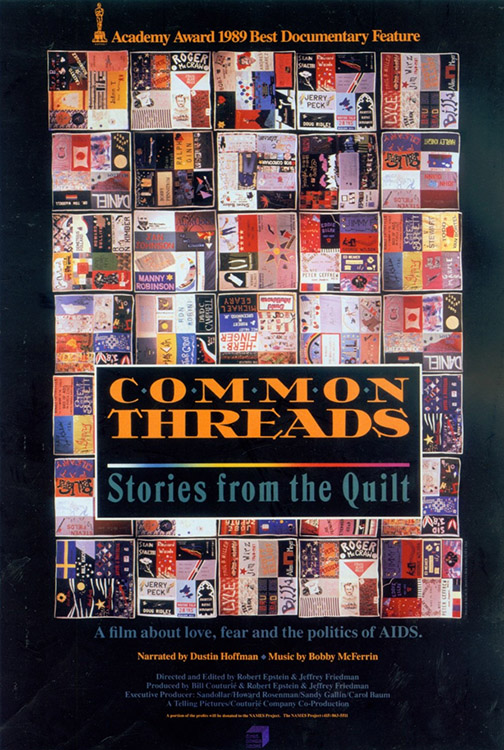 Common Threads: Stories From the Quilt

The Memorial Quilt was started in a San Francisco storefront by the NAMES Project in the summer of 1987...and by the fall of '88, the quilt had grown to include 8,288 panels, each a handmade memorial to a life lost to AIDS. Filmmakers Rob Epstein and Jeffrey Friedman first witnessed the quilt when it was barely a fraction of its final expanse, and they quickly moved to capture the NAMES Project's process. Their efforts won Epstein and Friedman the Oscar® for Best Documentary, attributed to an emotional, vibrant story of a tremendous tragedy that evolved into one of the great protest movements in American history.