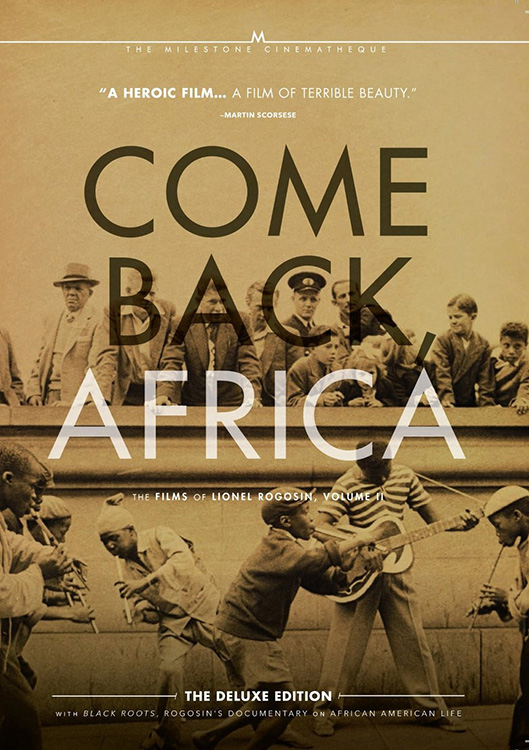 In making this mixture of documentary and drama, director Lionel Rogosin’s aimed to reveal the harsh injustice of apartheid in Sophiatown, a South African ghetto where Black citizens formed their own vibrant community and culture. Rogosin spent a year meeting with locals in order to capture this incredible slice of Africa, with a legacy including famous residents such as Desmond Tutu, Nelson Mandela, Father Trevor Huddleston, Hugh Masekela, Bloke Modisane, Can Themba and celebrated singer Miriam Makeba. But even as they filmed, Sophiatown was demolished block-by-block and its residents forcibly removed, until the entire town was razed and replaced by a "whites-only" suburb by the end of production. One of the bravest and best of all political films, COME BACK, AFRICA remains a powerful classic for its unflinching glimpse at Black livelihood in the face of incomparable hate.